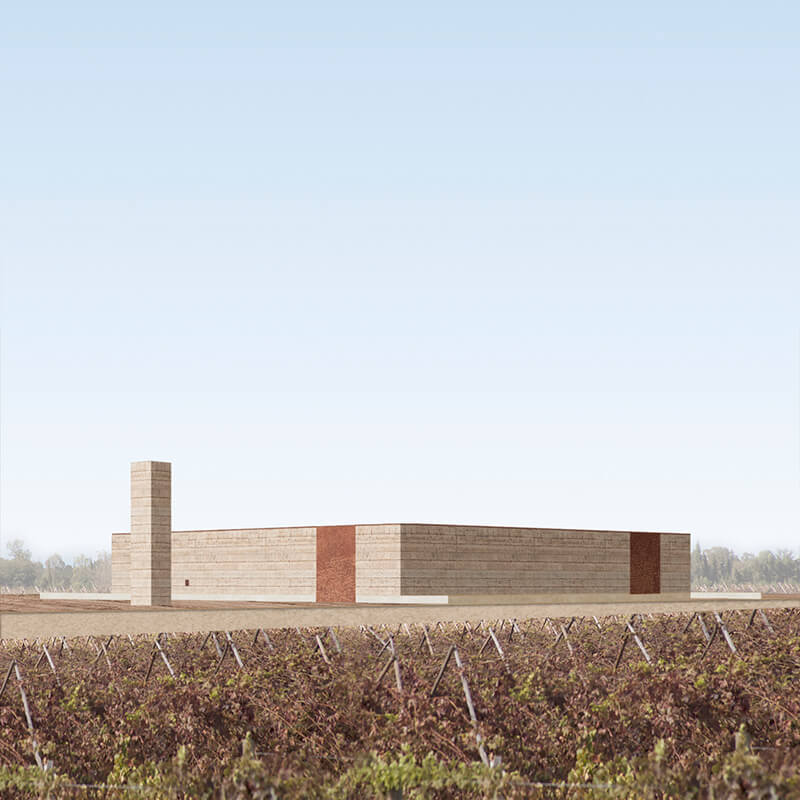 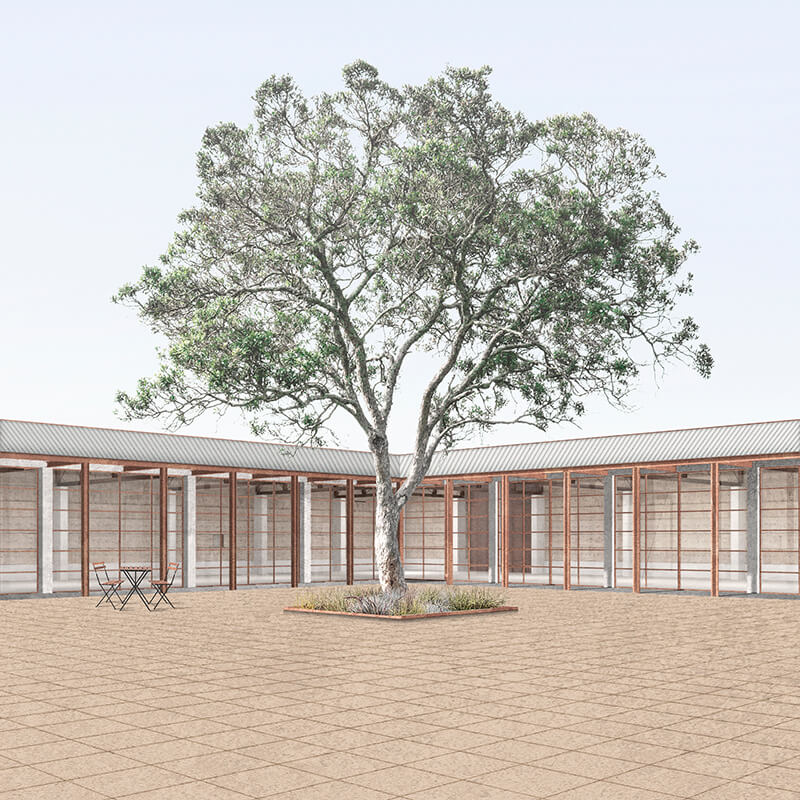 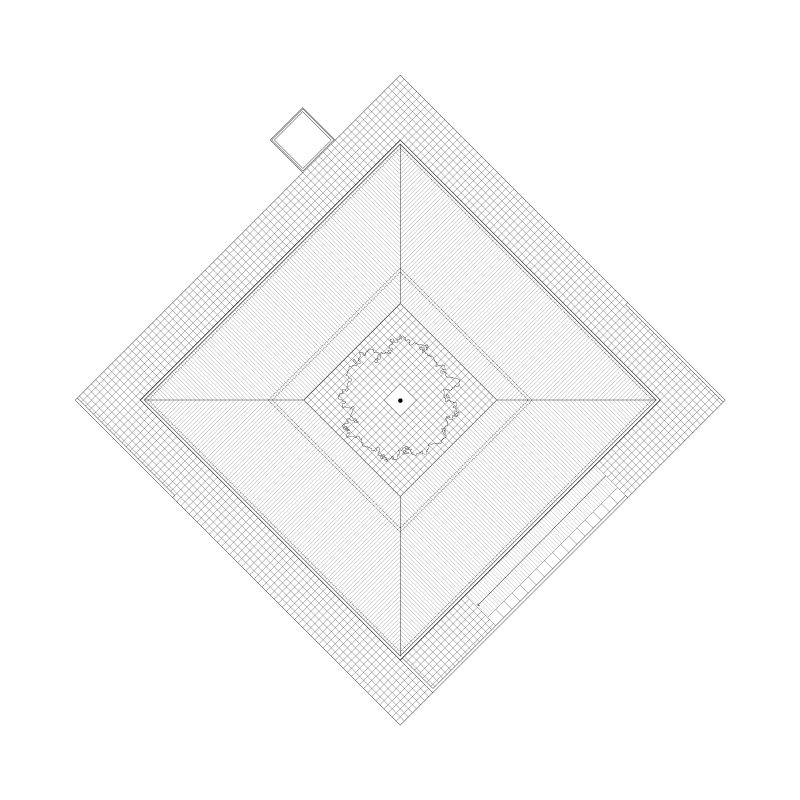 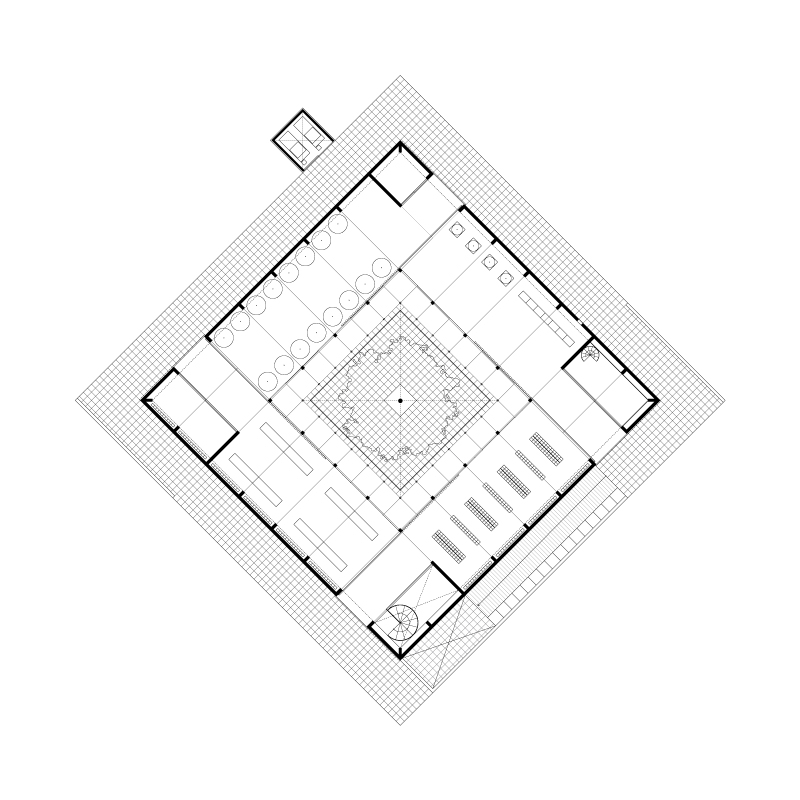 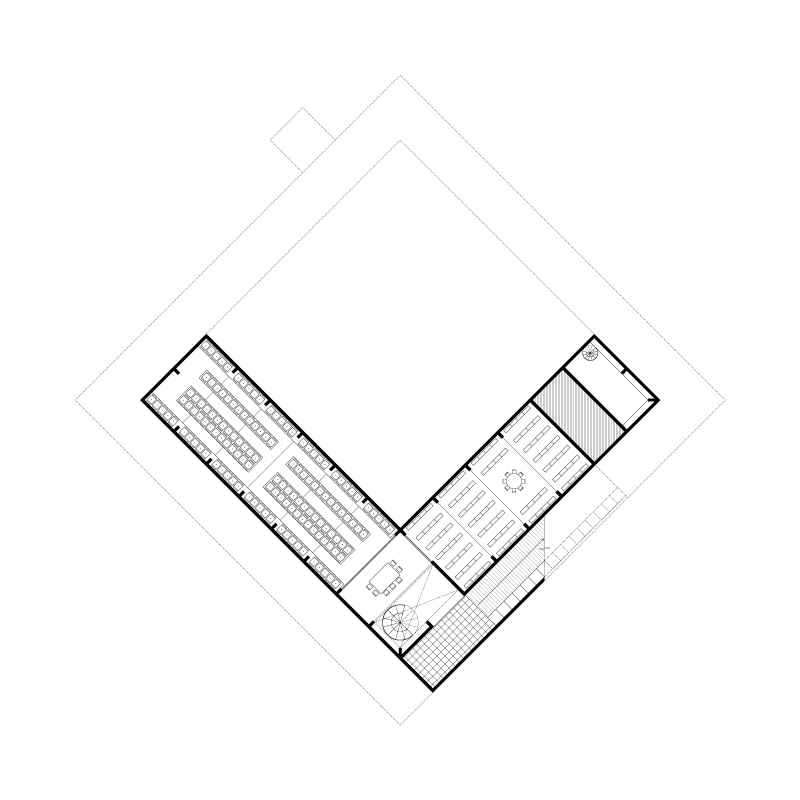 The character of the project is defined by the powerful geometry of the square floor plan with a central courtyard and rooms arranged around all four sides. This careful order does not prevent the spatial layout responding rigorously to the program: the steps of the winemaking process are distributed in sequence.

The first wing houses the beginning of the process, including delivery of the grapes and starting point of the production. The adjoining wing is intended for fermentation tanks, from where it either continues to the barrel area located in the basement, isolated from noise and temperature changes or goes directly to the area for bottling, labeling, and corking. Finally, the finished product is taken to the cellar or warehouse for subsequent distribution to the points of sale.

The volume is protected from the outside with a blind façade of reinforced tepetate (earthen) walls, an ideal way of maintaining the optimum light and temperature conditions for the correct evolution of the winemaking process, thanks to the thermal inertia of this type of construction. Meanwhile, the rooms open onto the inner patio in order to receive indirect light and to visually connect all the steps of the program through the central void. 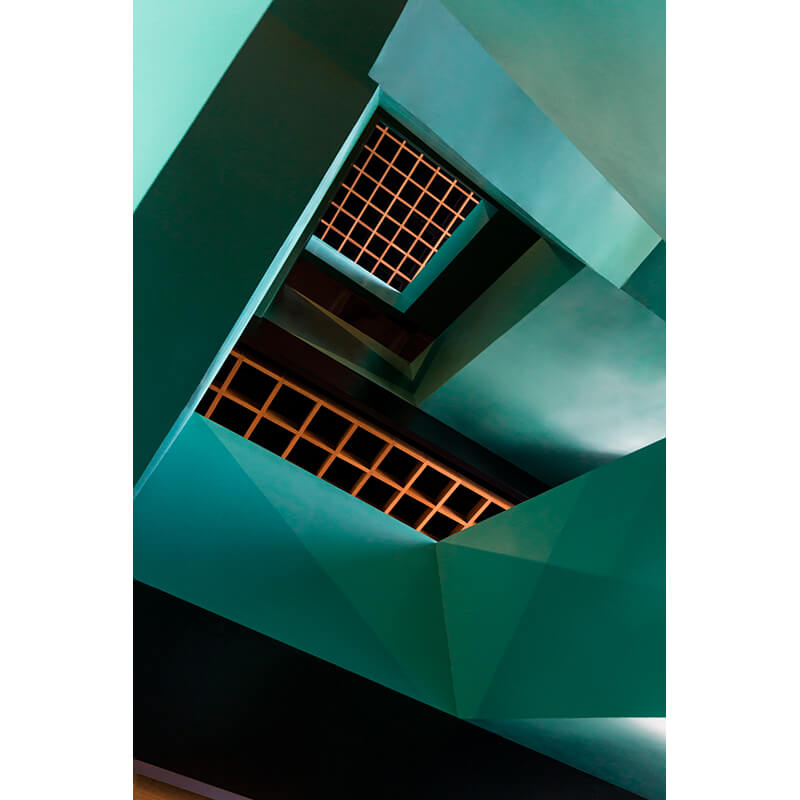 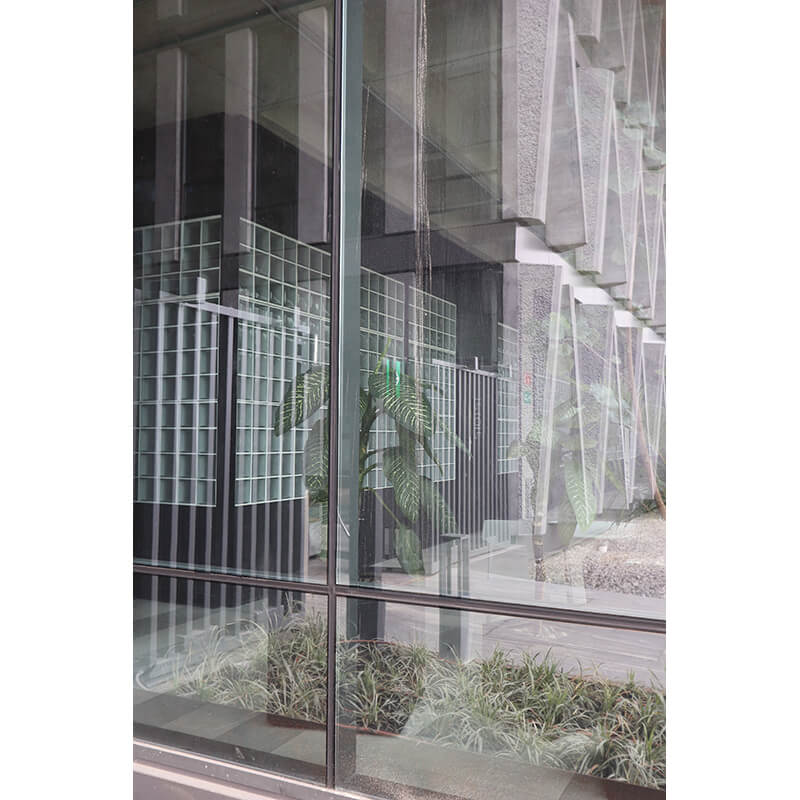 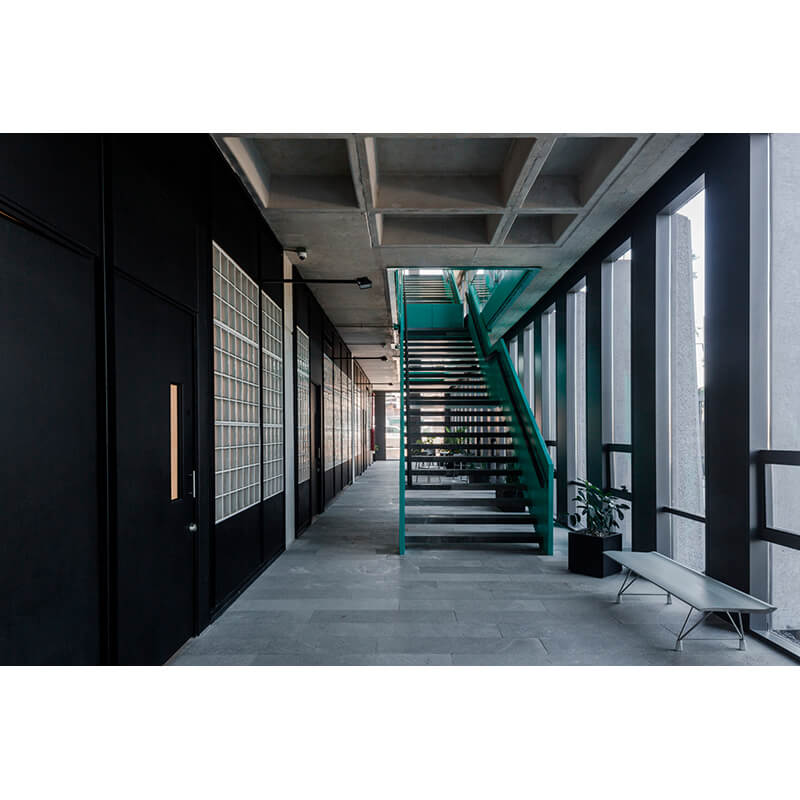 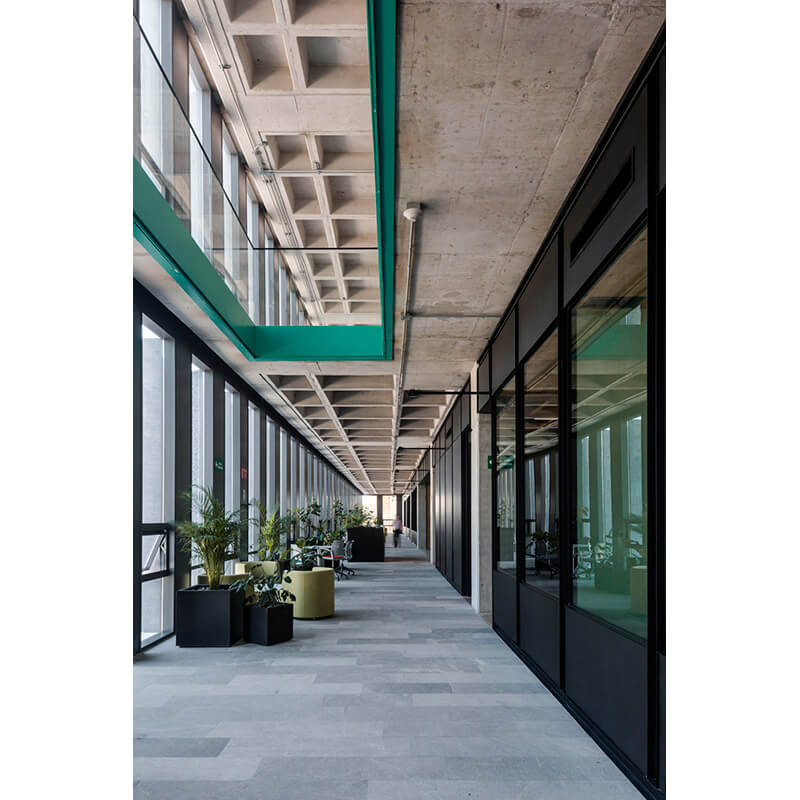 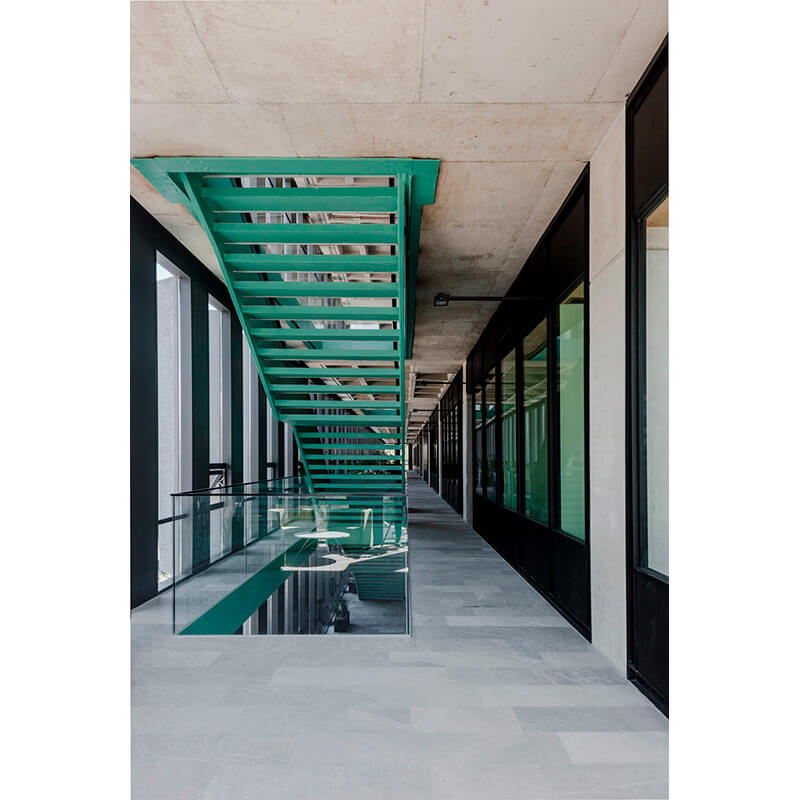 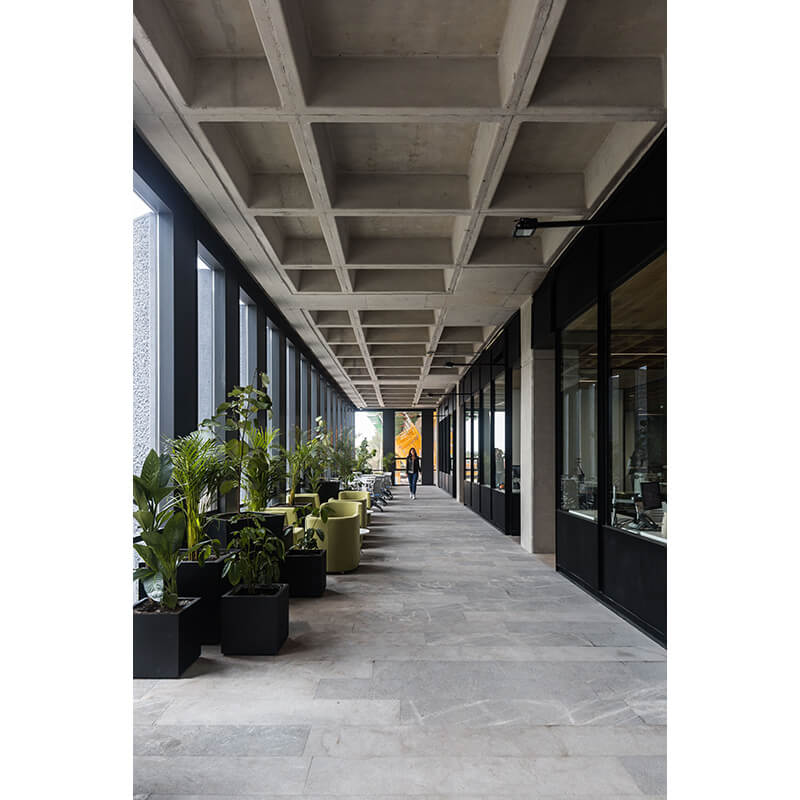 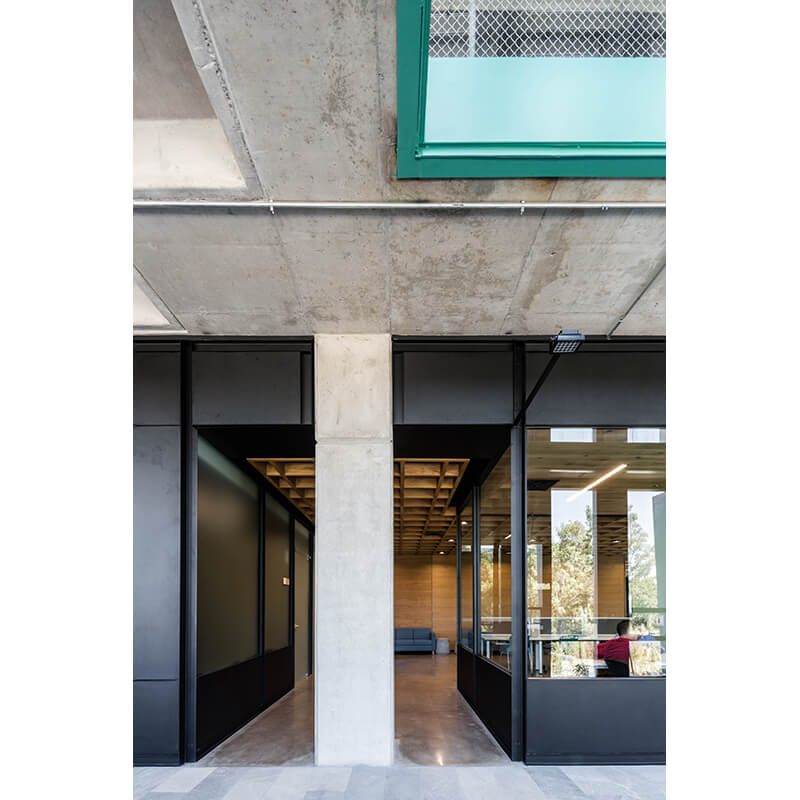 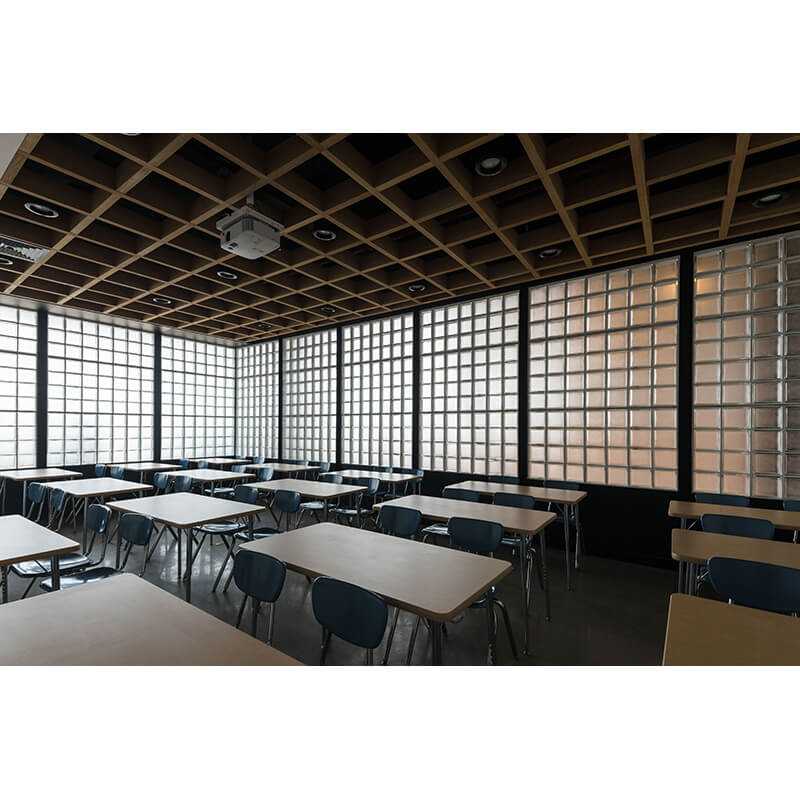 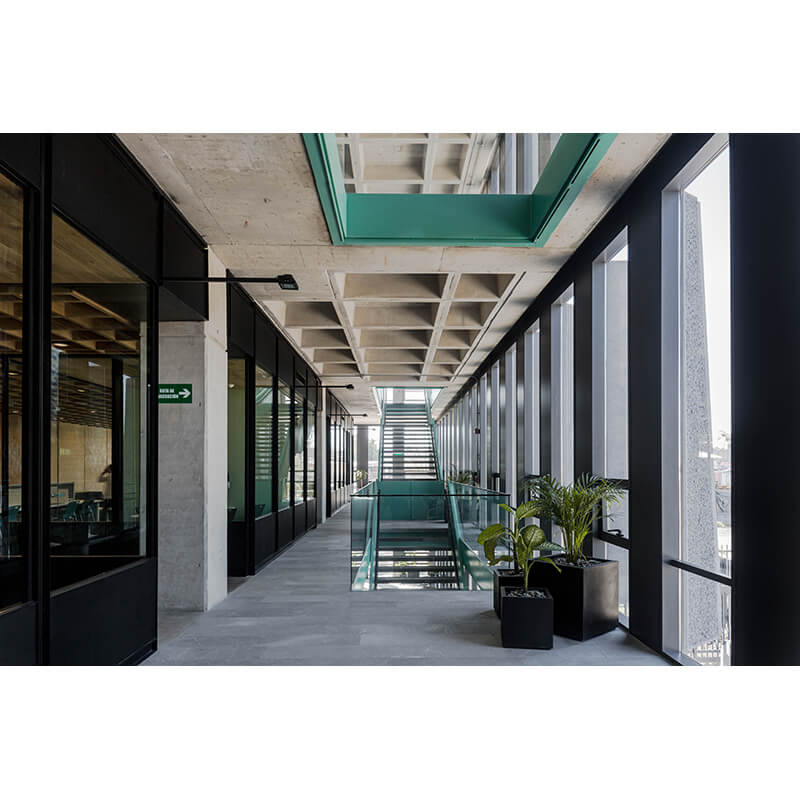 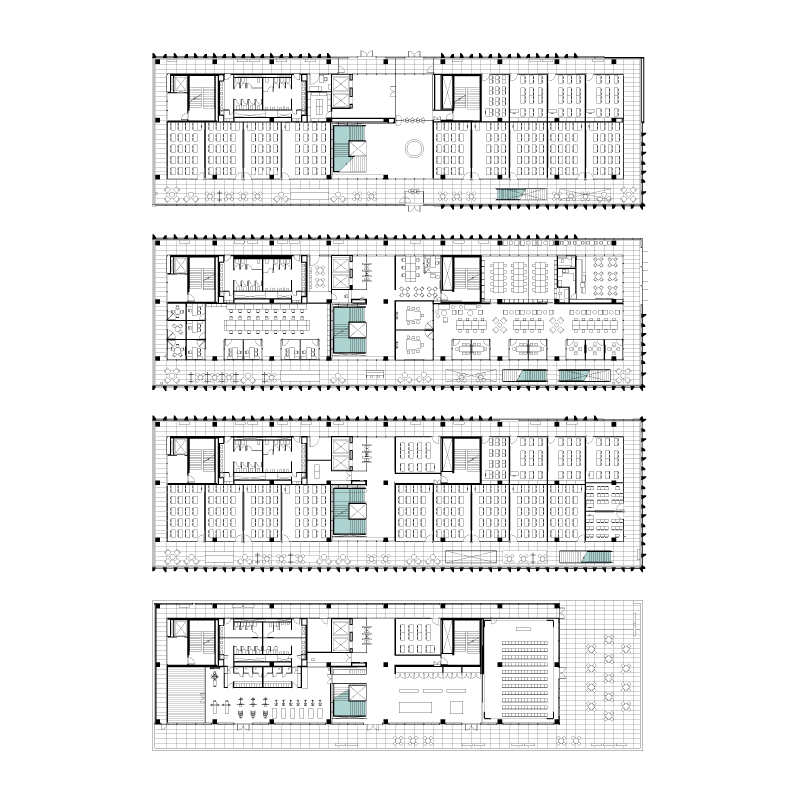 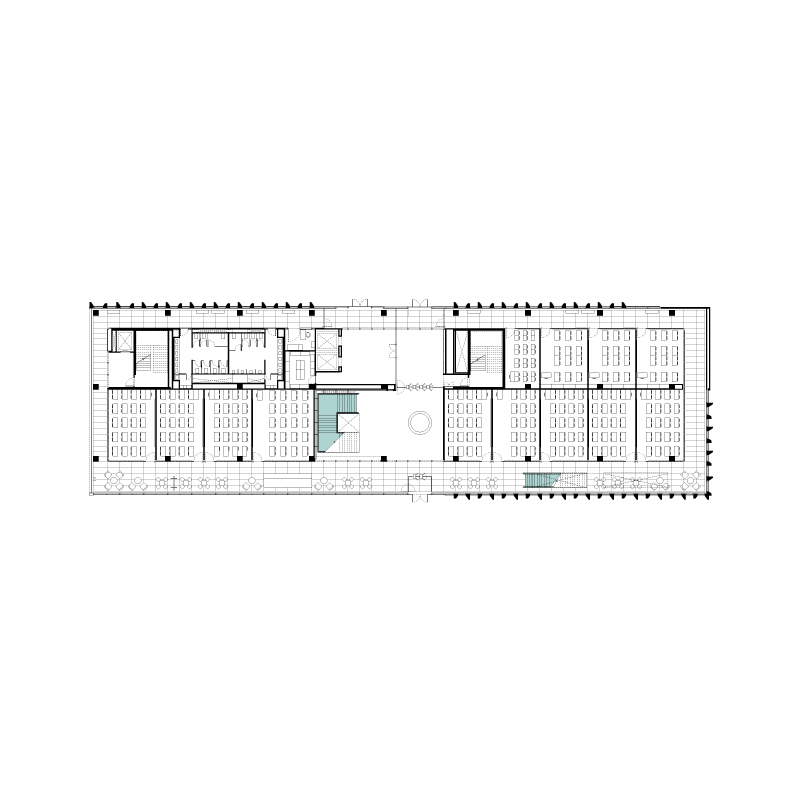 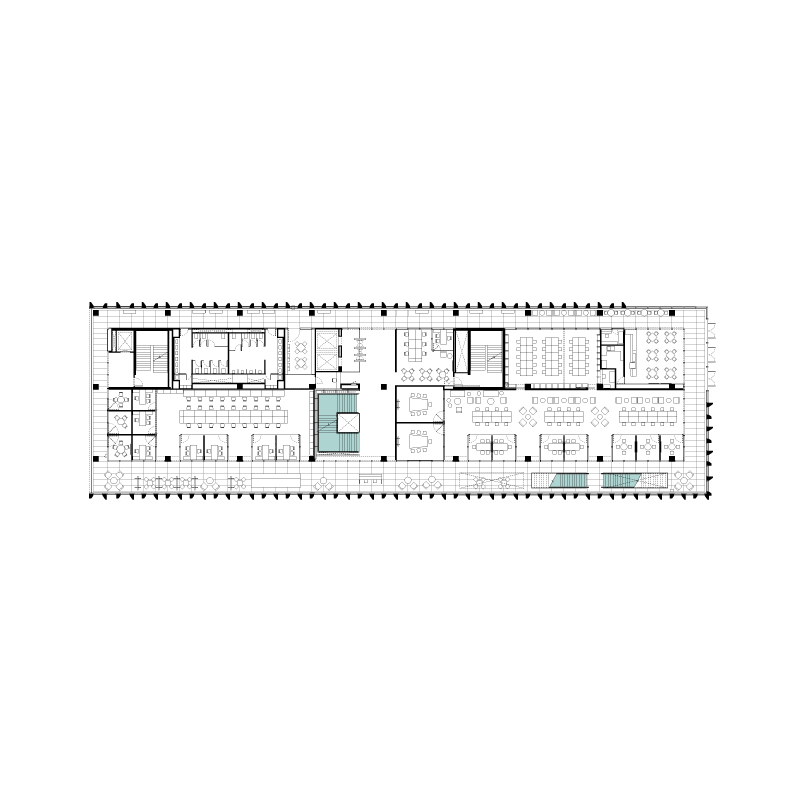 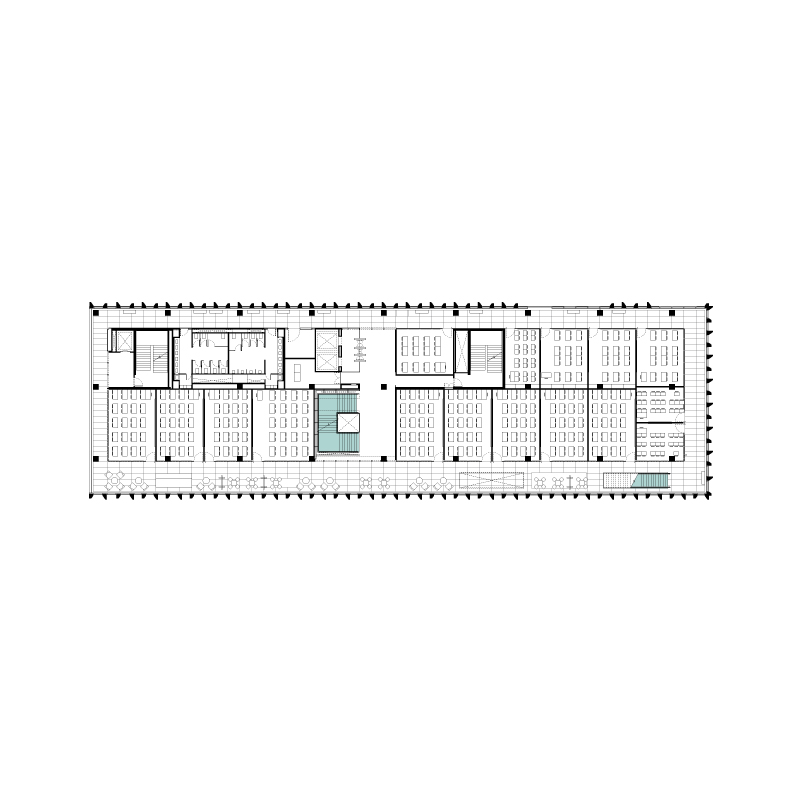 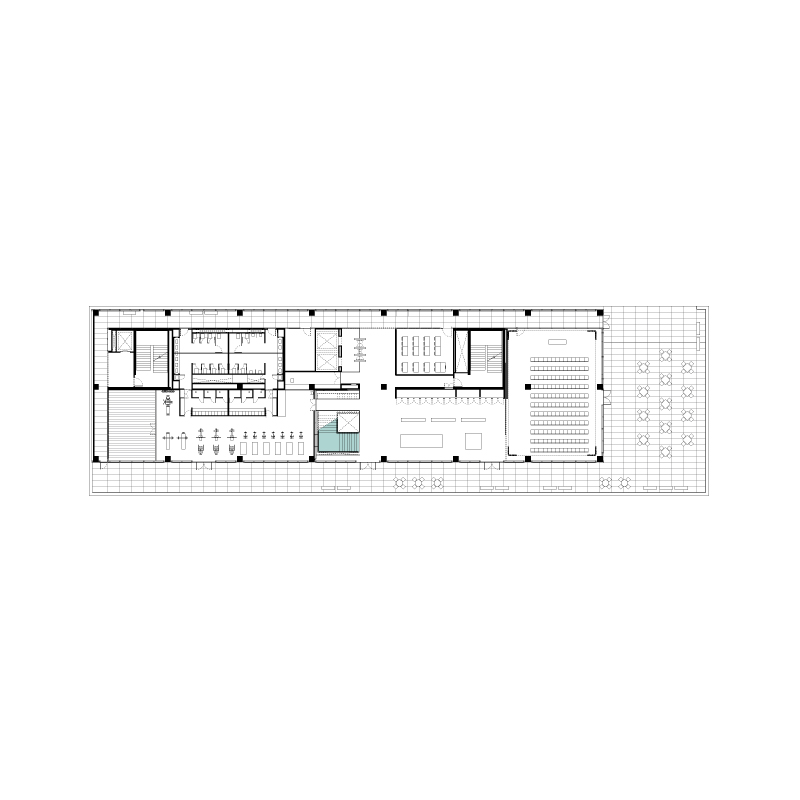 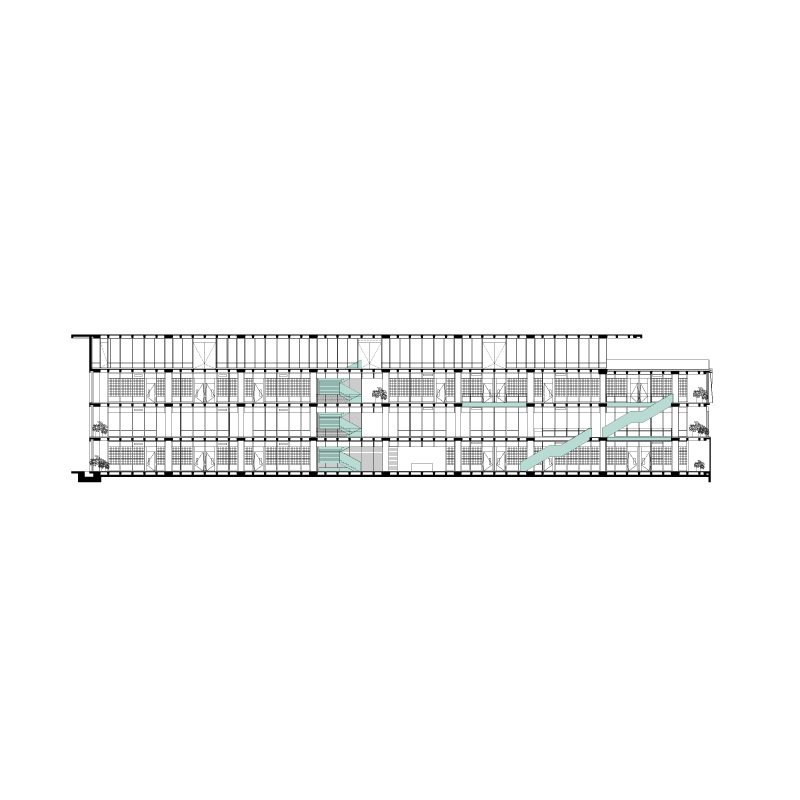 A college campus is defined by its outdoor association as an integral part of the city. In this case, the project occupies the first four floors of a corporate building, creating the challenge of integrating the campus into the existing structure in a way that endows it with the characteristics of an outdoor campus. The design strategy was to make a “building within a building”: an indoor campus. Centralizing the program and freeing up the existing perimeter or façade ensures each component space receives natural lighting and ventilation, generating “the street,” the meeting space that articulates the perimeter both horizontally and vertically, ensuring the four levels work together as a new, indoor campus. 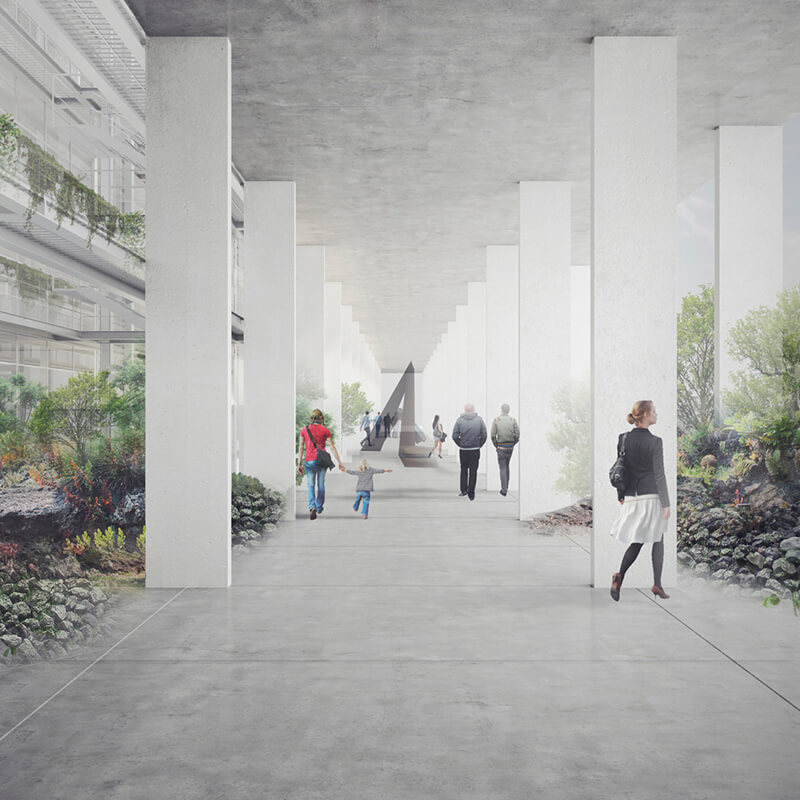 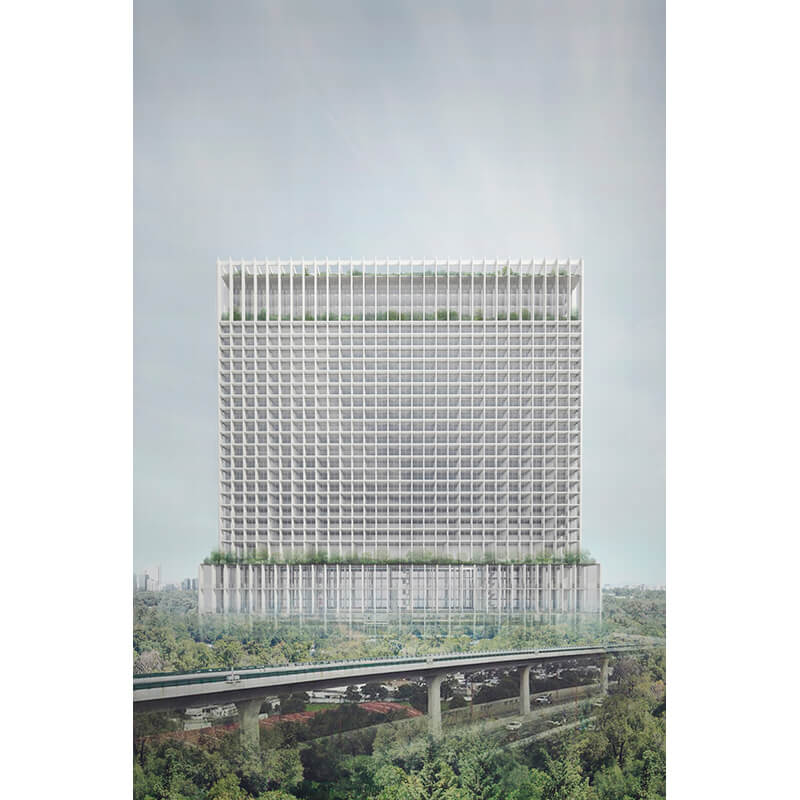 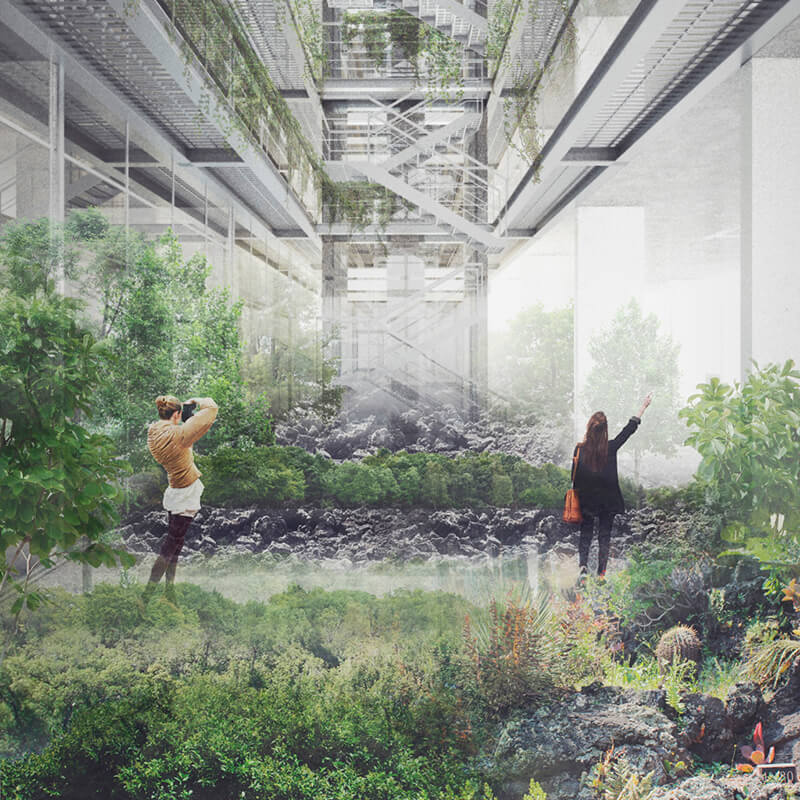 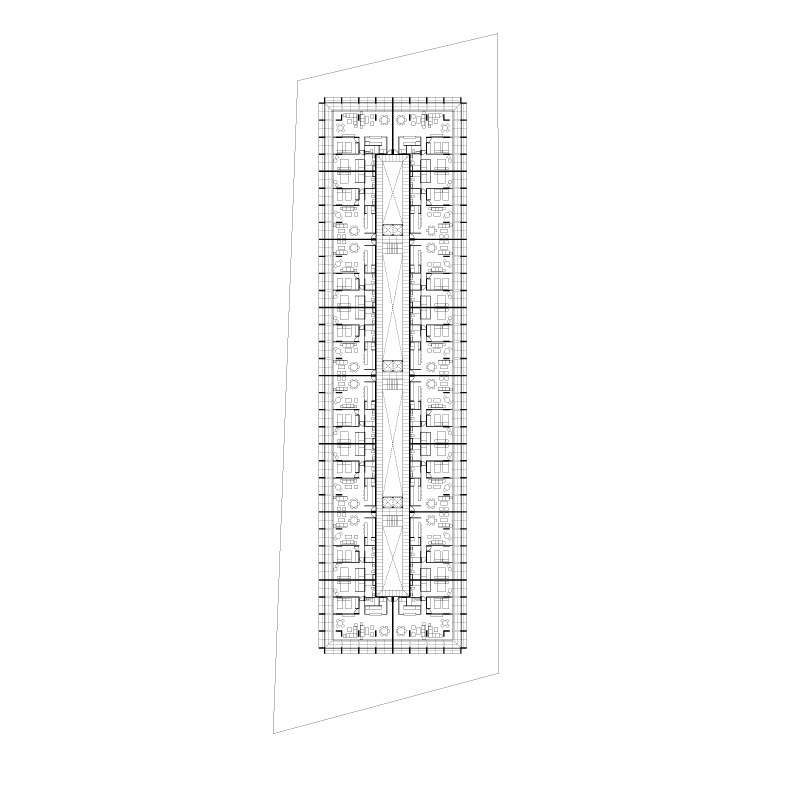 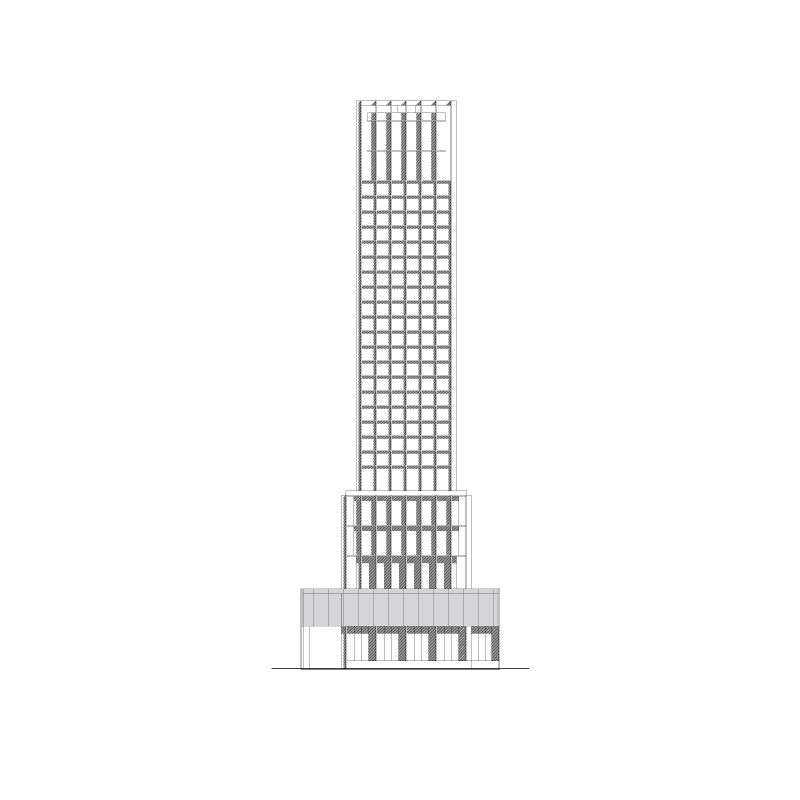 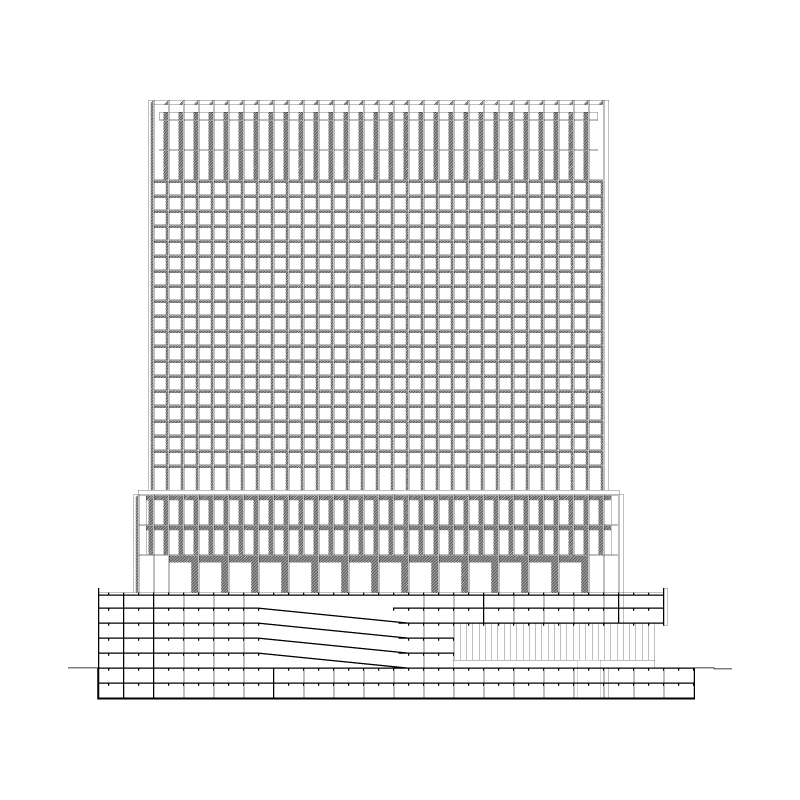 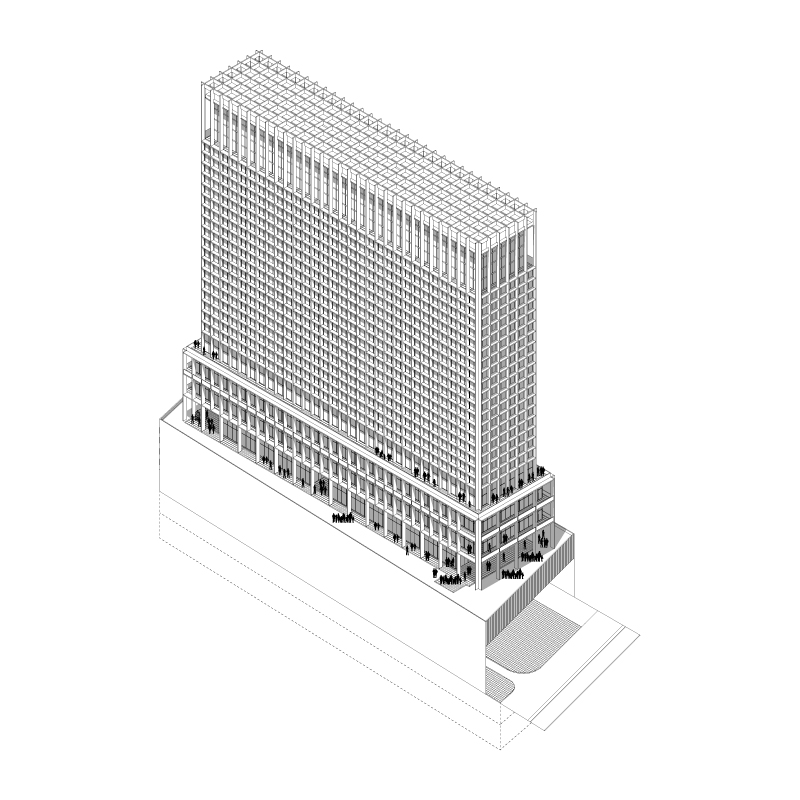 This 600-apartment tower was designed for a very narrow site in the upscale residential district of El Pedregal: this rocky terrain is home to numerous magnificent projects of modern Mexican architecture. The city’s growth and verticalization called for a reflection on the architectural values required for a project on this site.

In its golden era, this area enjoyed extensive gardens and works of modern architecture set among its rocks. This idea was the inspiration for the architectural concept, introducing the magnificent gardens inside the tower and emphasizing these characteristic local features in the memory of its inhabitants. To achieve this, we conceived a tower that is massive yet slender, solid but transparent. The surrounding perimeter garden penetrates the tower to fill its central patio, turning it into an immense hanging garden.

The ratio of the project’s proportions lends it dynamism, endowing it with very different perceptions depending on the observer’s viewpoint: on the short sides, the building appears like a slender tower, and on the long sides, the tower becomes massive, like a vast curtain.

The carefully ordered exterior contrasts with the organic and unstructured character of the plant-filled interiors of the volumes. The freely growing natural elements enrich the geometric rhythm. A contrasting composition emerges that highlights the qualities of each of the two orders and a chromatic relationship in which green appears as an essential hue.