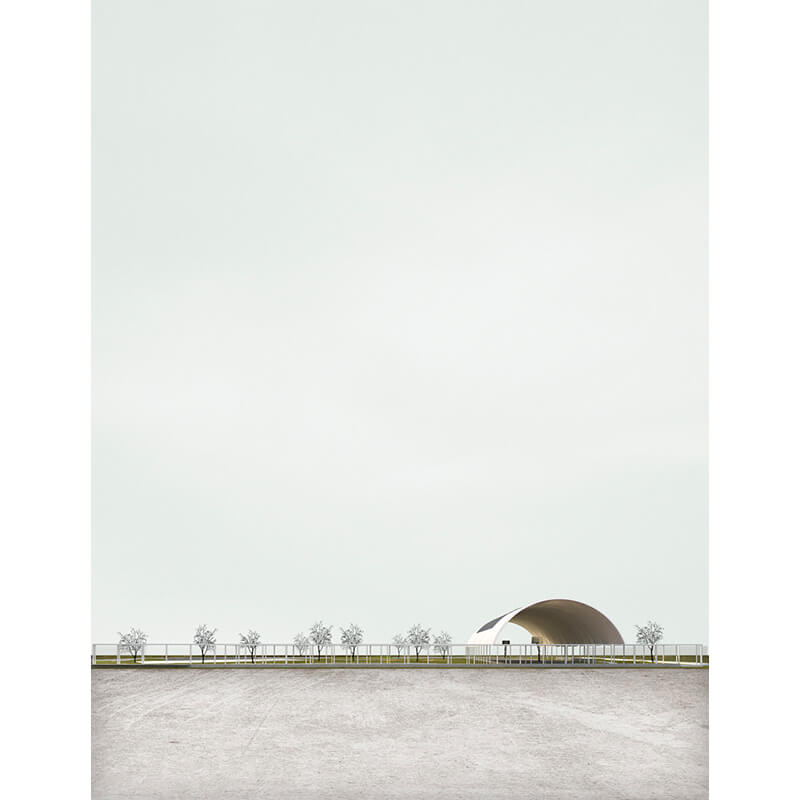 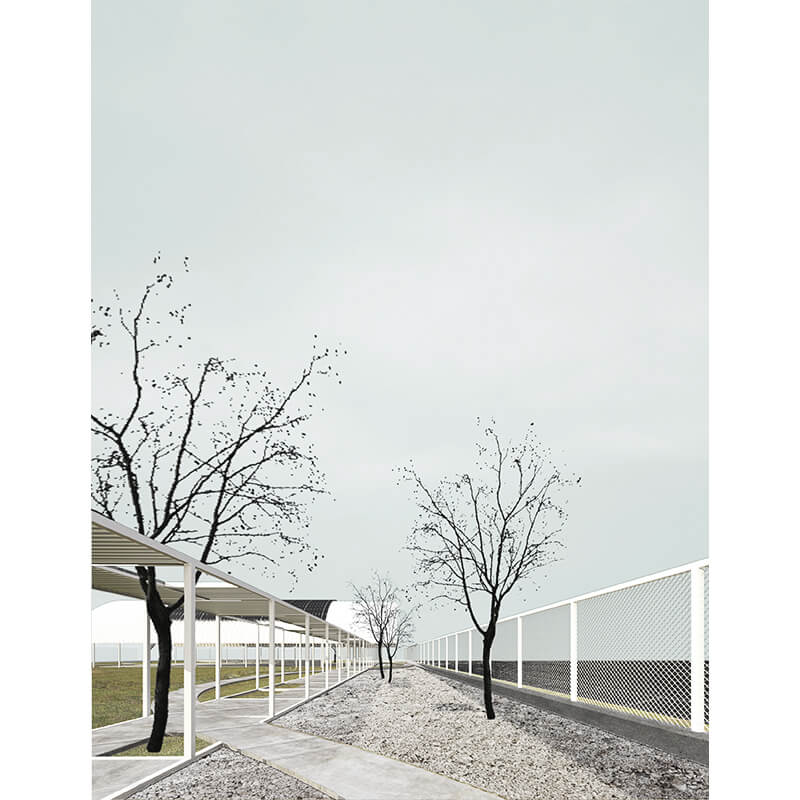 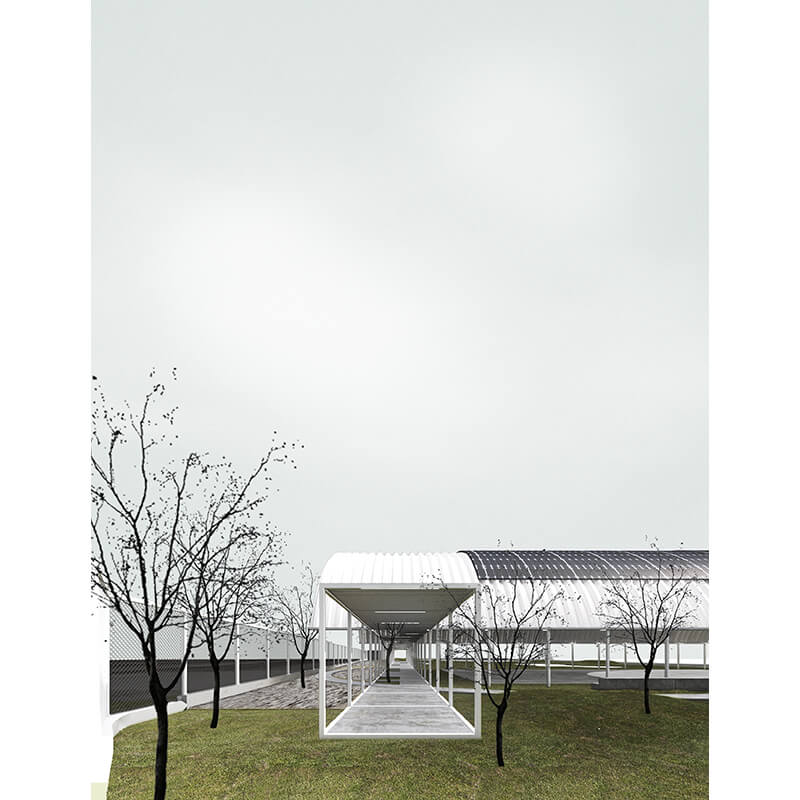 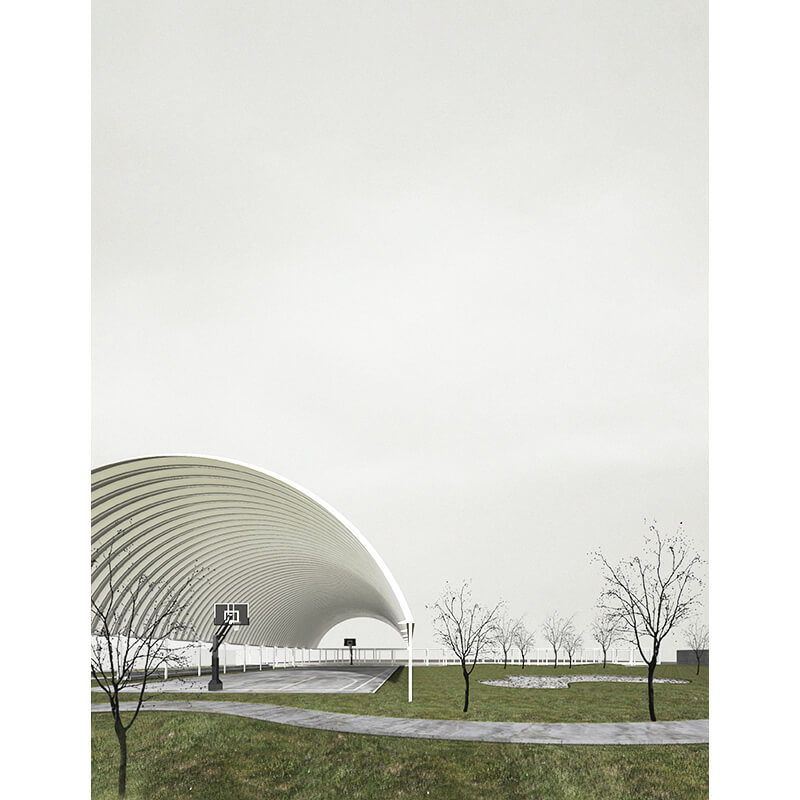 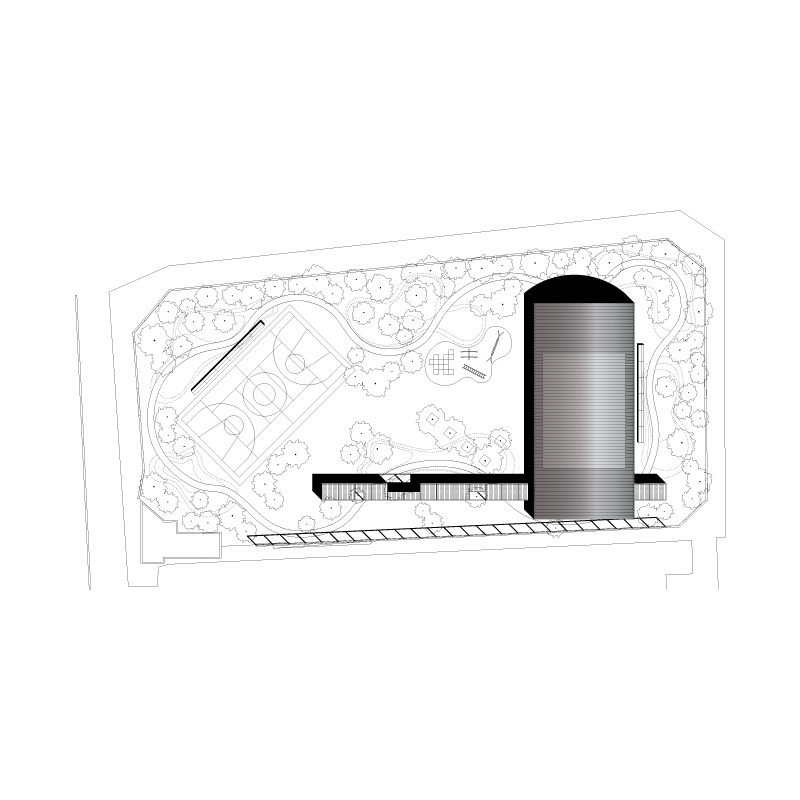 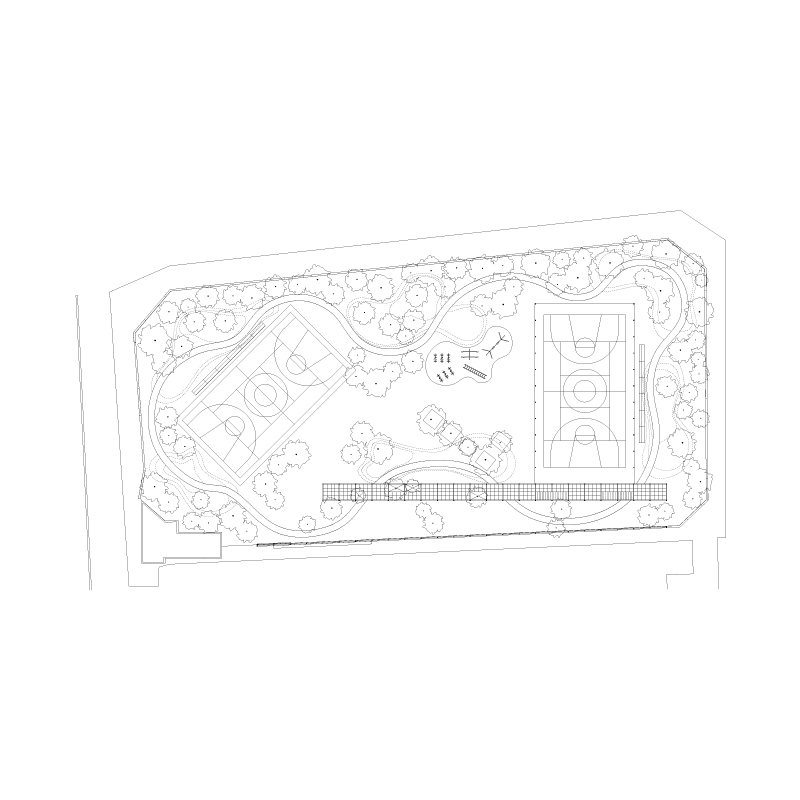 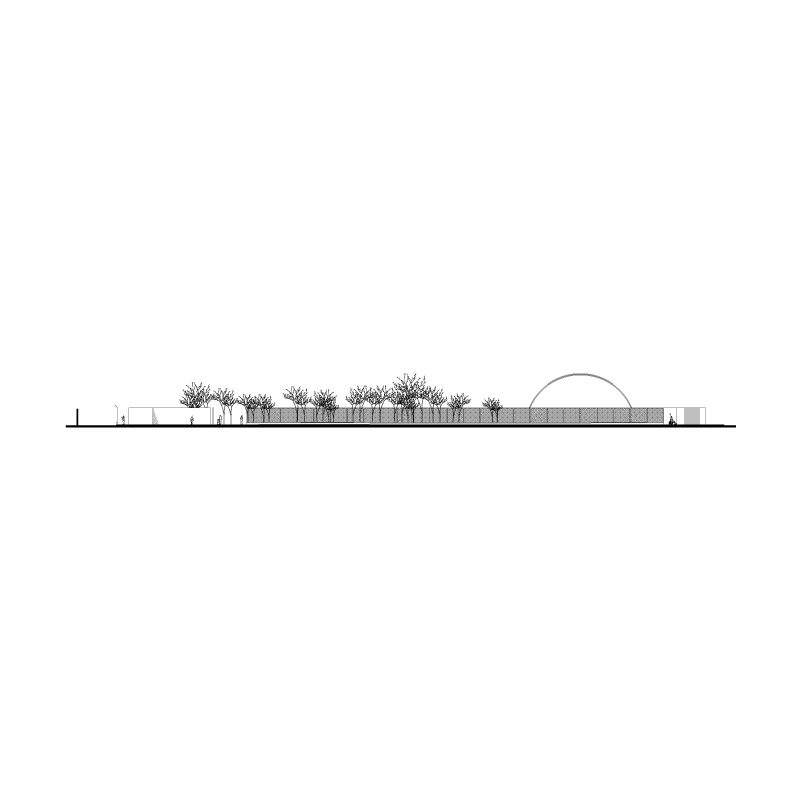 This project was part of a program of improvements to housing complexes built in the 1970s in Mexico City. The collective nature of this intervention required the participation of the residents of a housing complex in the Tlalpan area. During this study it was decided, together with the inhabitants, to use all of the budget assigned to the project for the improvement of the public spaces shared by several apartment blocks.

For the project’s implementation, the public recreational, sports and social space was restored; a corridor now functions as a catalyst for various activities and a multipurpose roofed space was built to house a sports pitch. Playgrounds for children and young people were added to the project, as well as a landscape intervention. 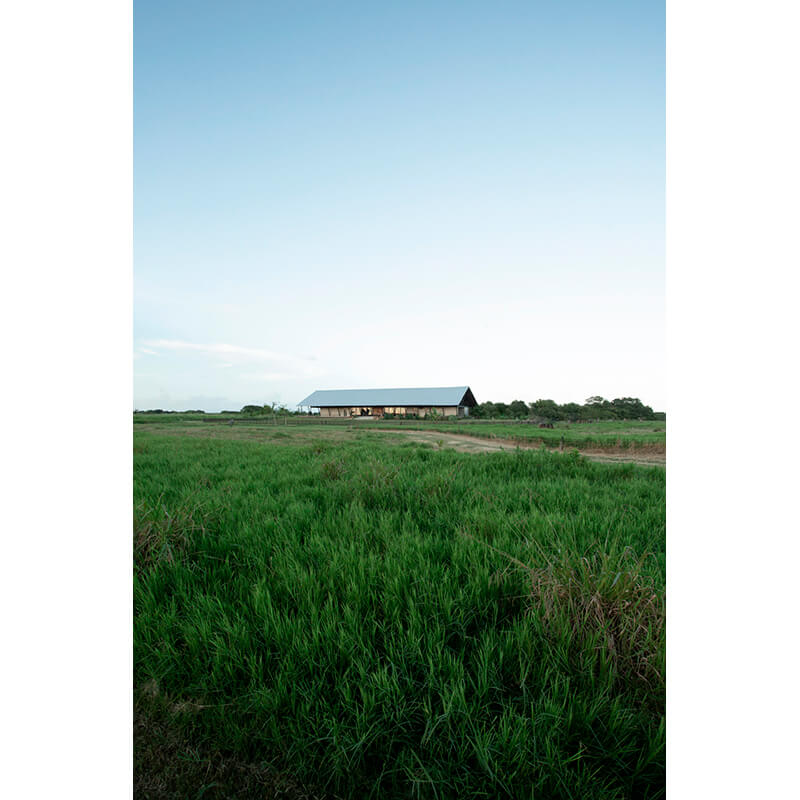 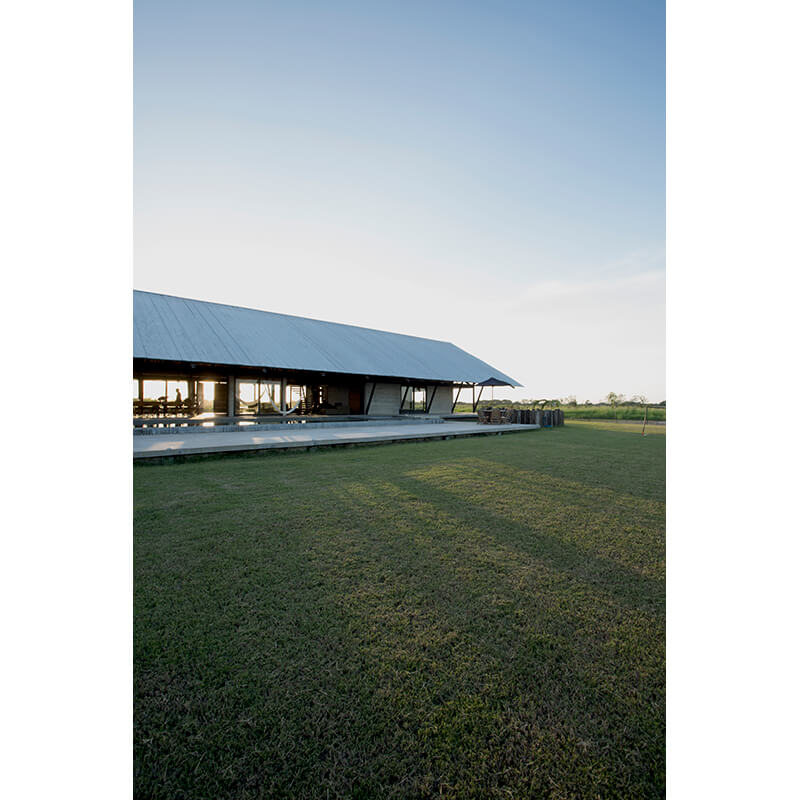 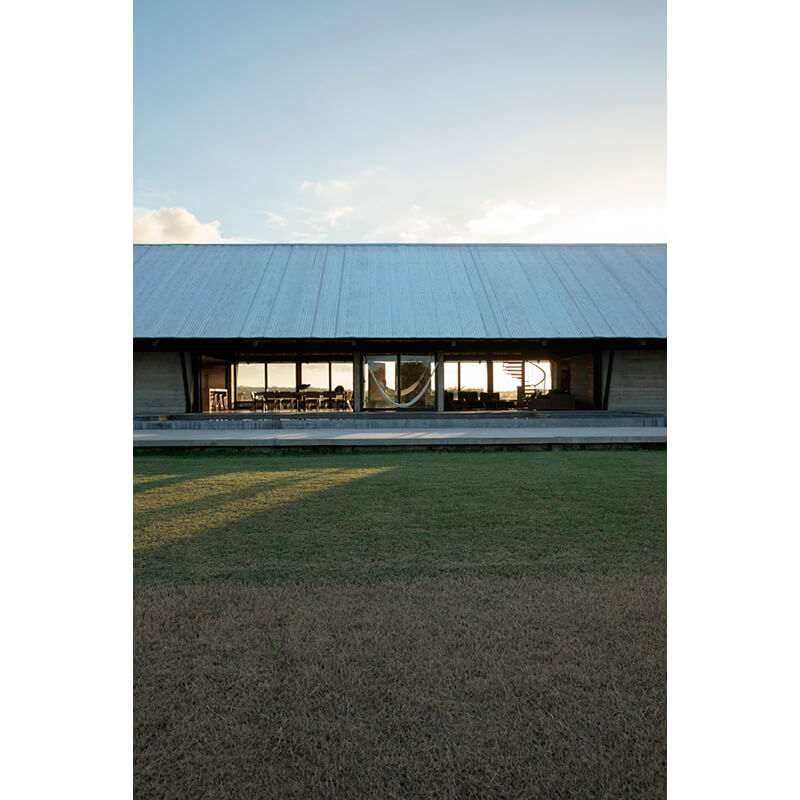 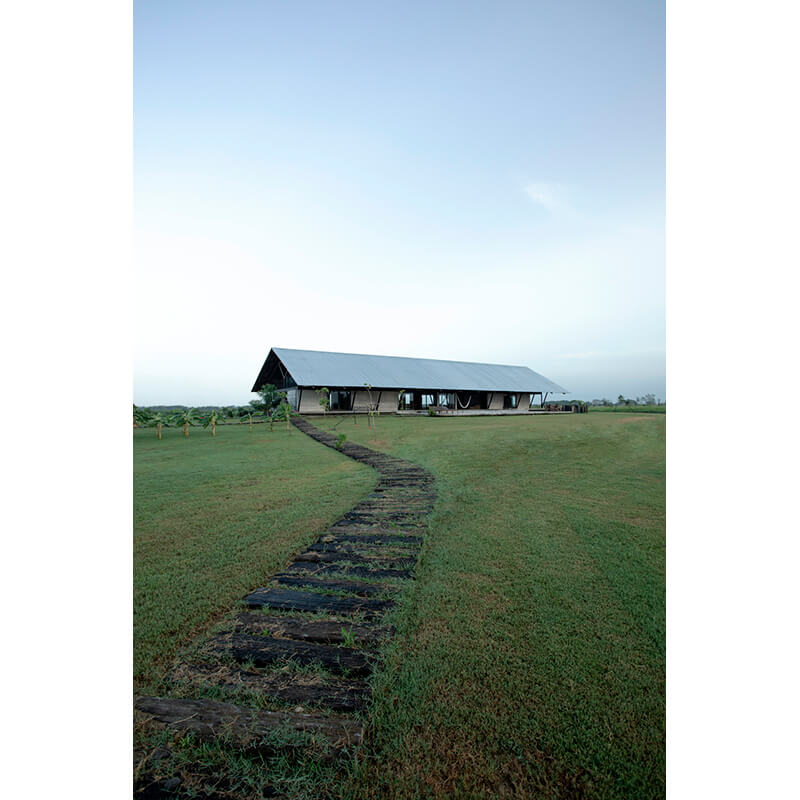 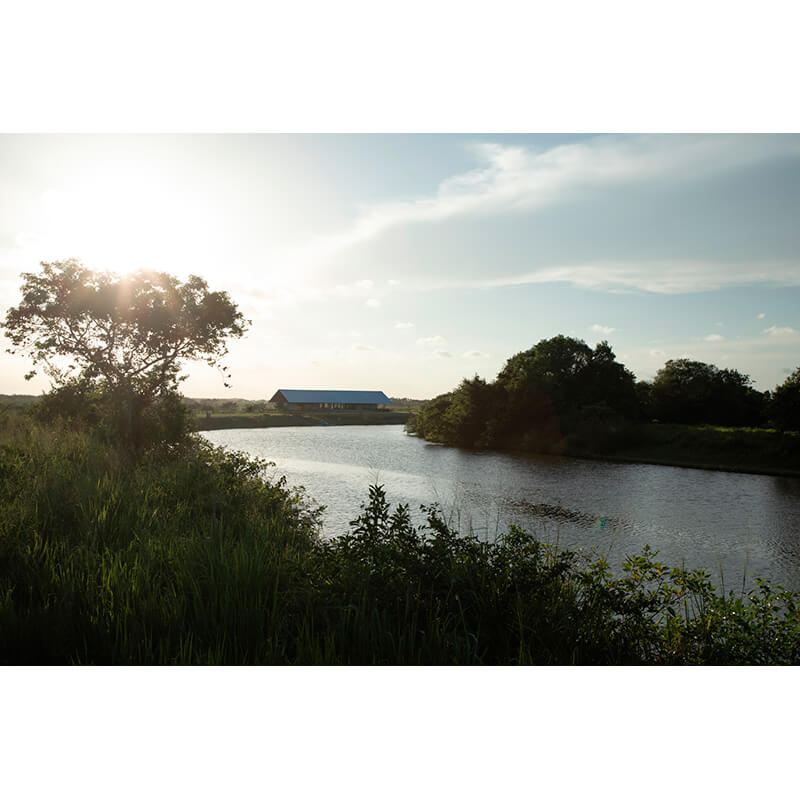 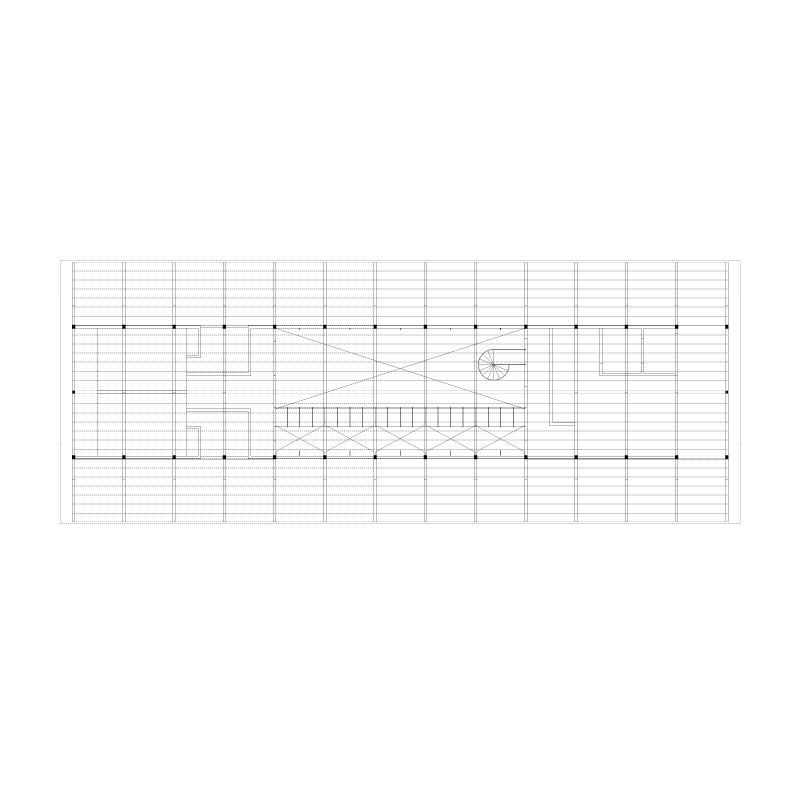 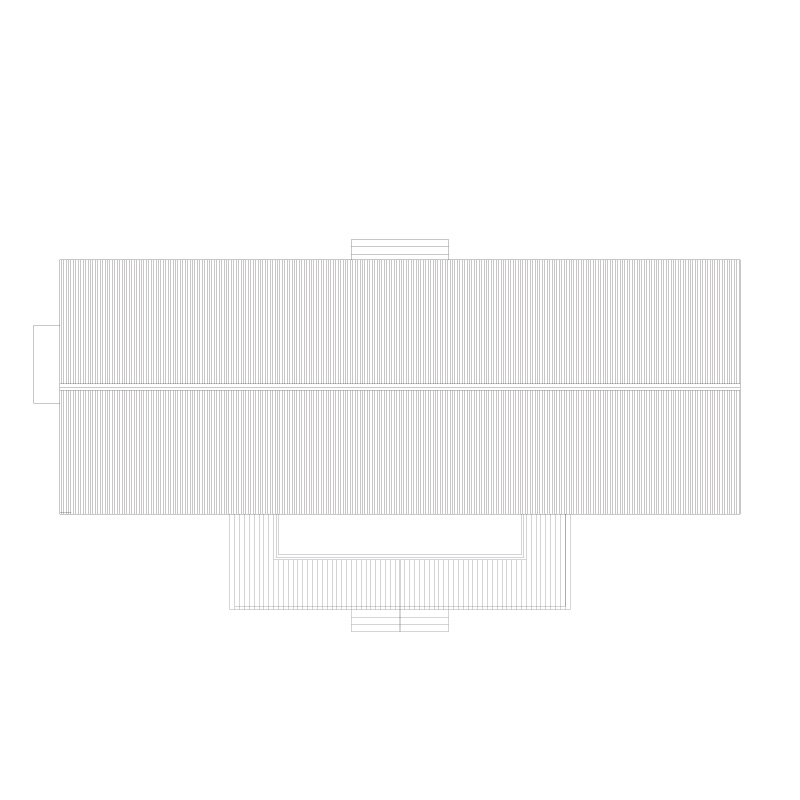 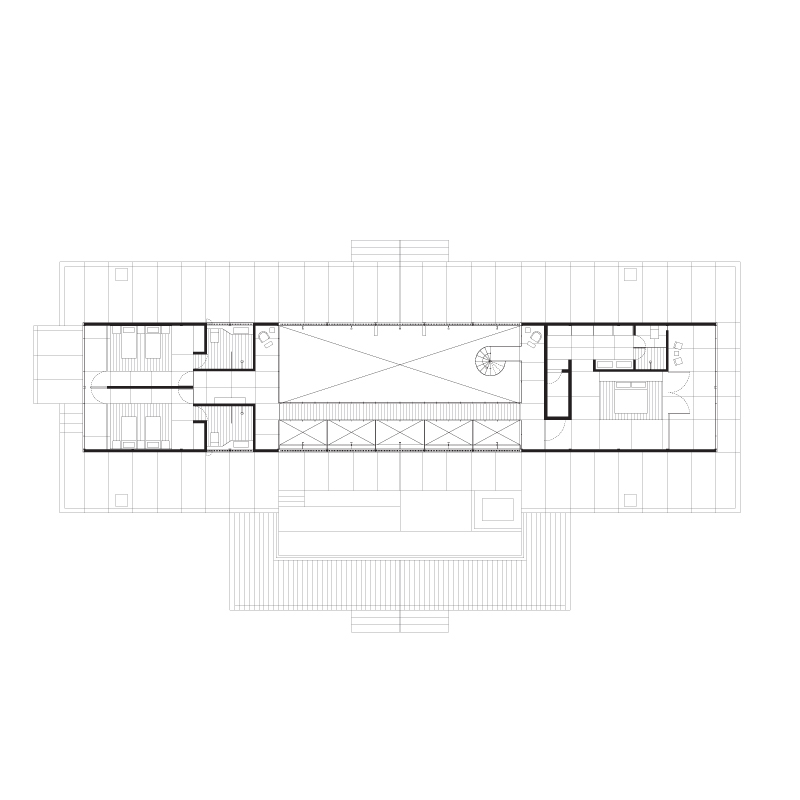 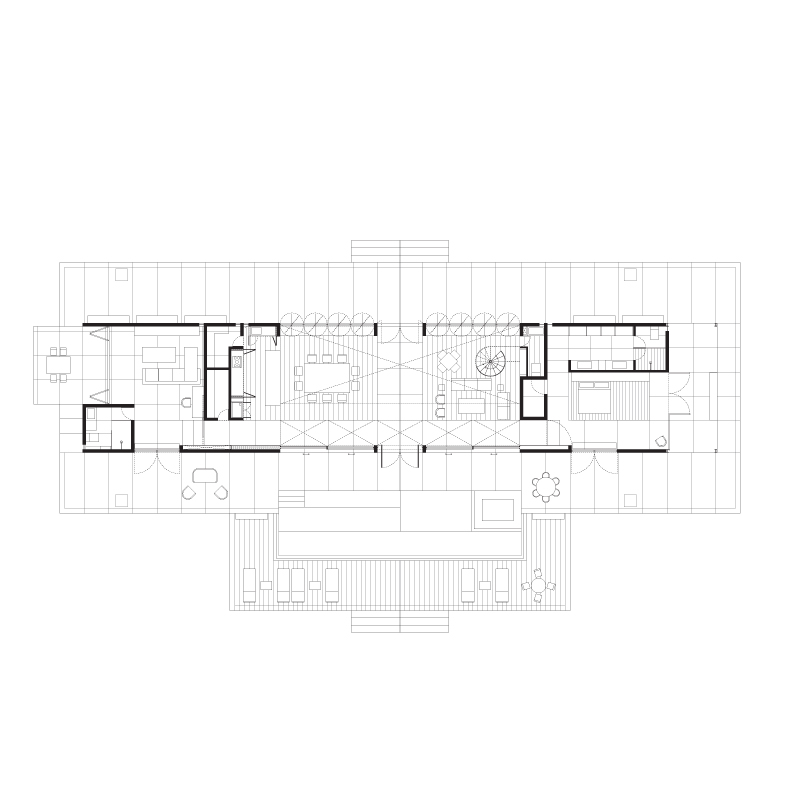 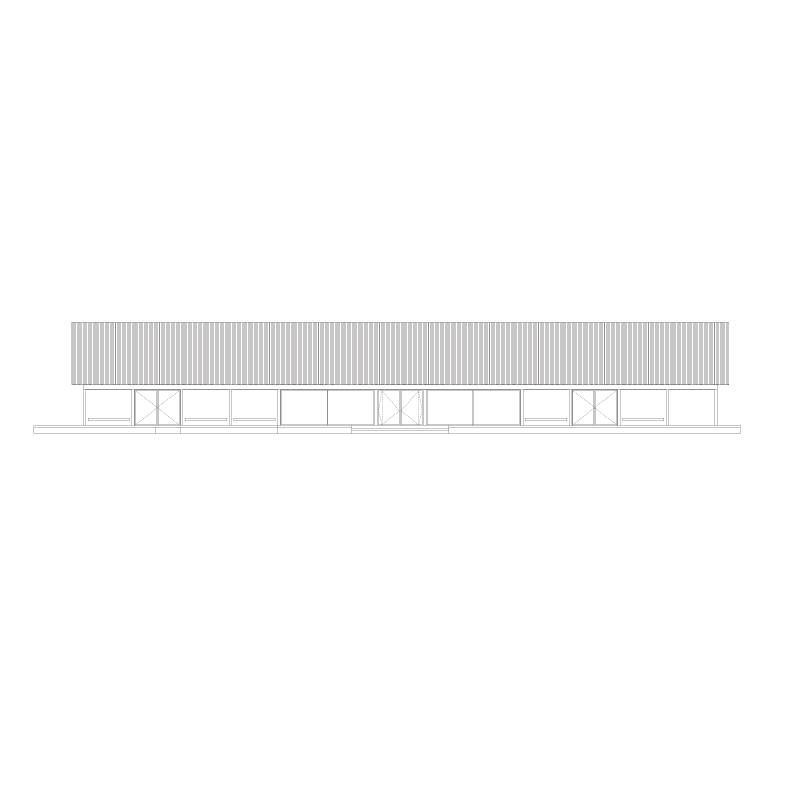 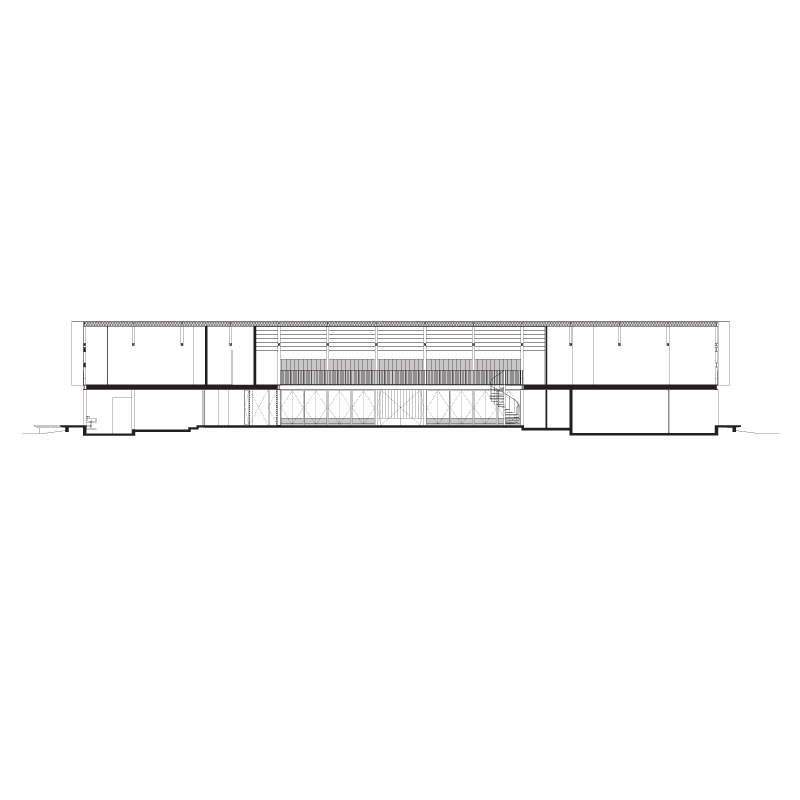 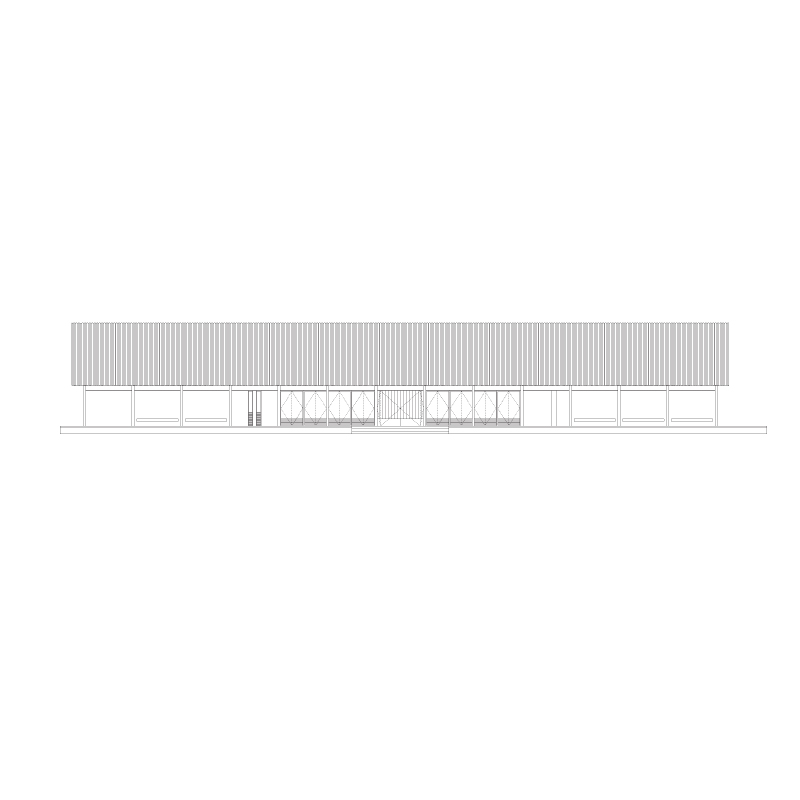 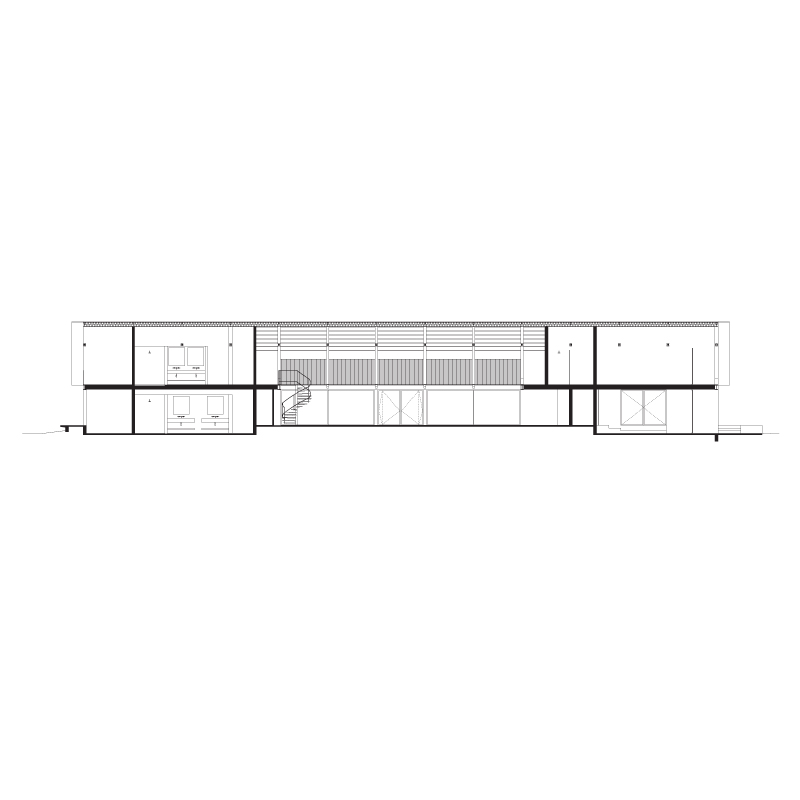 This project stands out against the horizon as a subtle landmark—a delicate intervention that generates enough of a rupture to show human intervention without impinging on the surroundings or the views of the natural landscape.

Responding to the region’s vernacular architecture, the construction evolves the zone’s pitched-roof typology by the use of contemporary materials such as concrete, steel, and hot-dip galvanized materials. The roof is probably the most striking formal gesture of this building, which takes the form of a rectangular volume measuring 45 meters on its longest side. At the same time, it is also responsible for the sustainable credentials of the construction, which harvests the rainwater it collects for secondary uses.

The design’s uniqueness lies in its simplicity and the use of geometry as a structural tool for the composition. In this way, the program is distributed symmetrically with the bedrooms and bathrooms located at opposite ends. Between them, in the center, is the main living area over which a gallery runs in the manner of a Le Corbusier-style “architectural promenade.” This walkway establishes a kind of comparison between the bird’s-eye view of what takes place inside and the external corridors from which to contemplate the landscape. 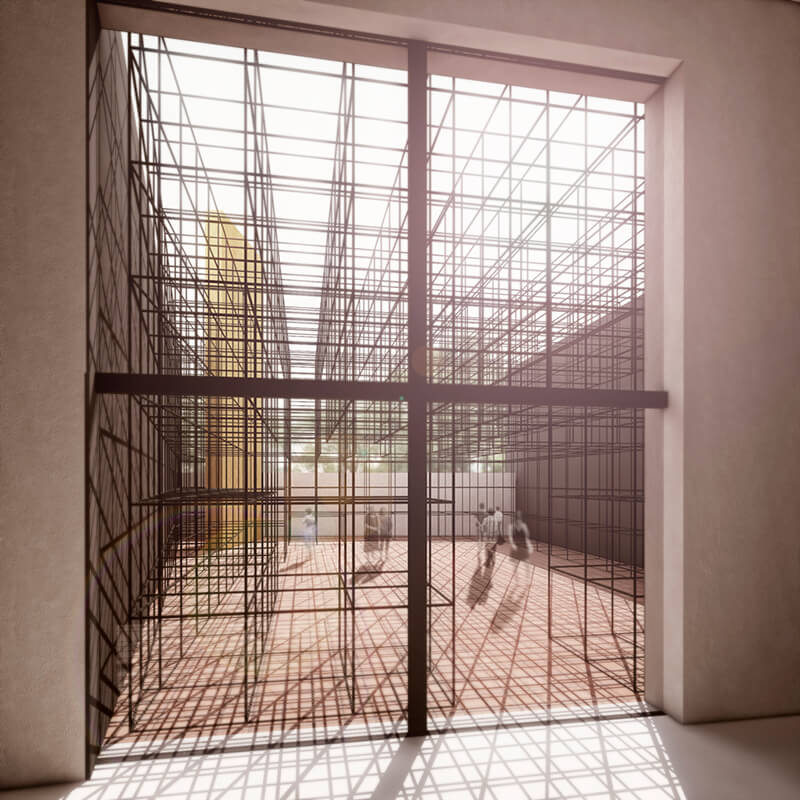 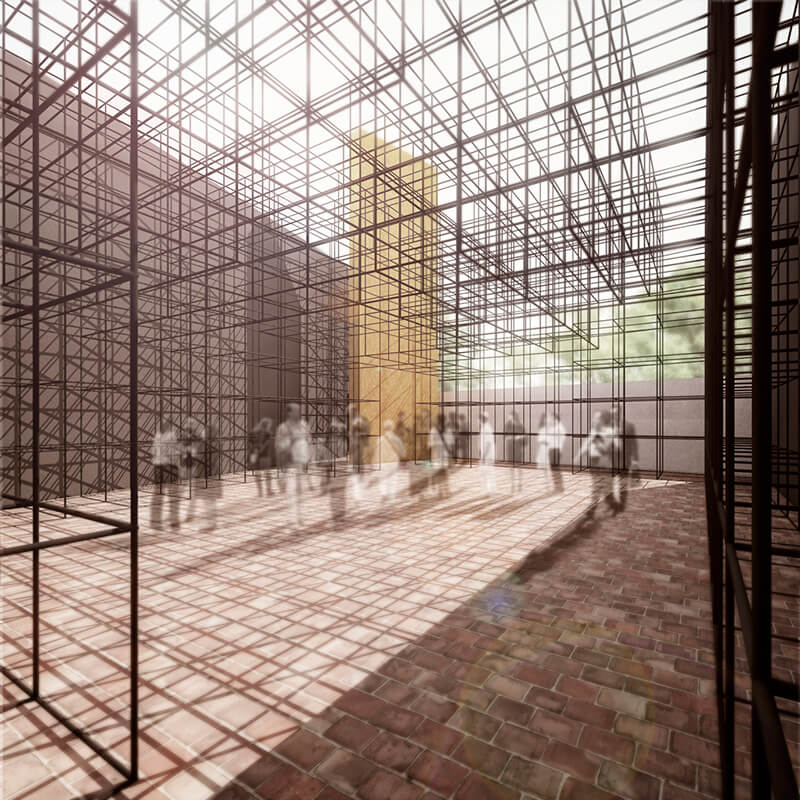 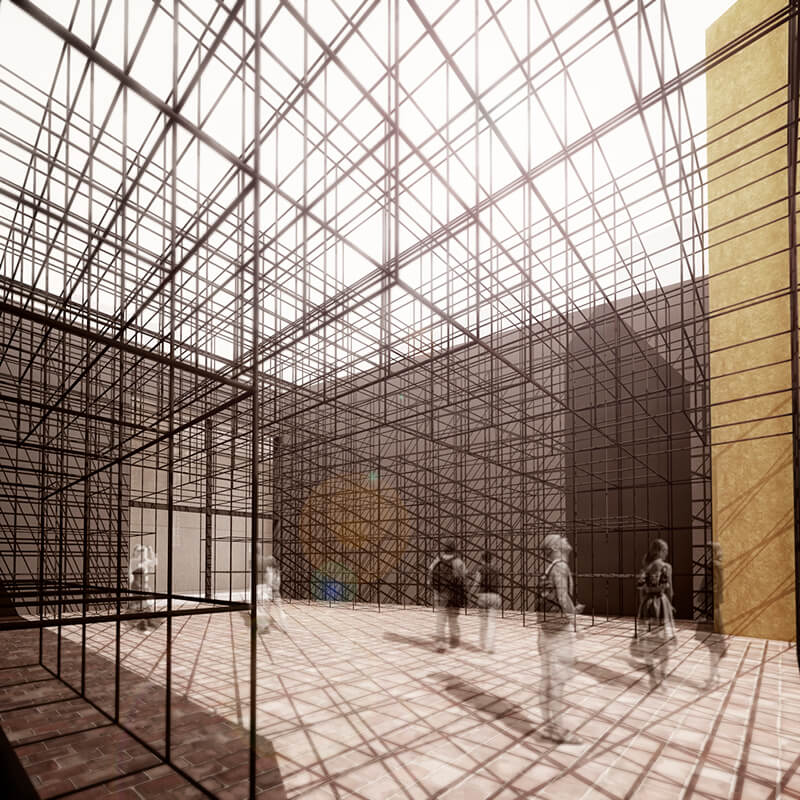 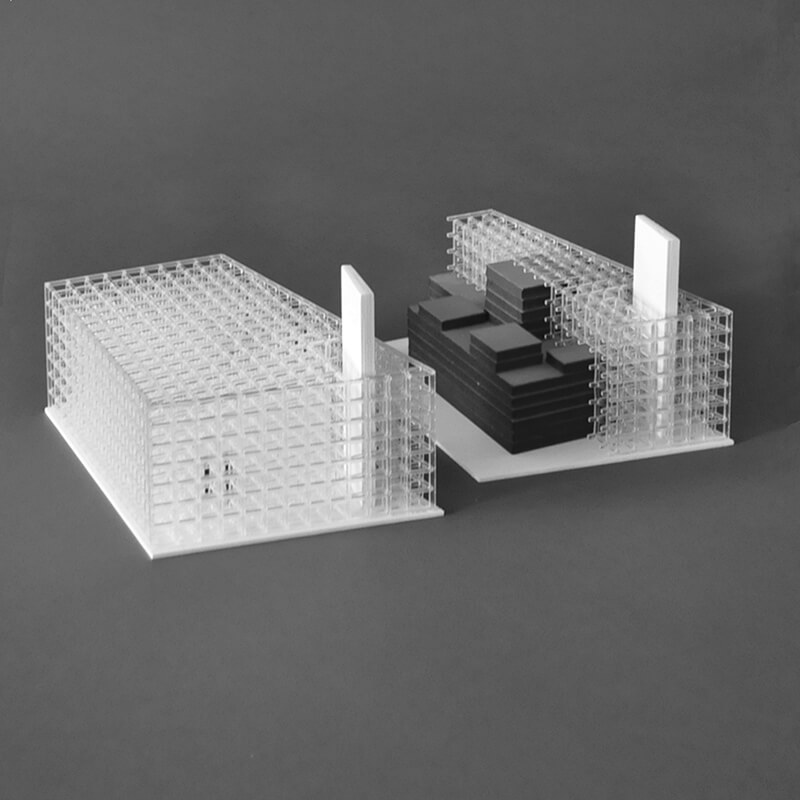 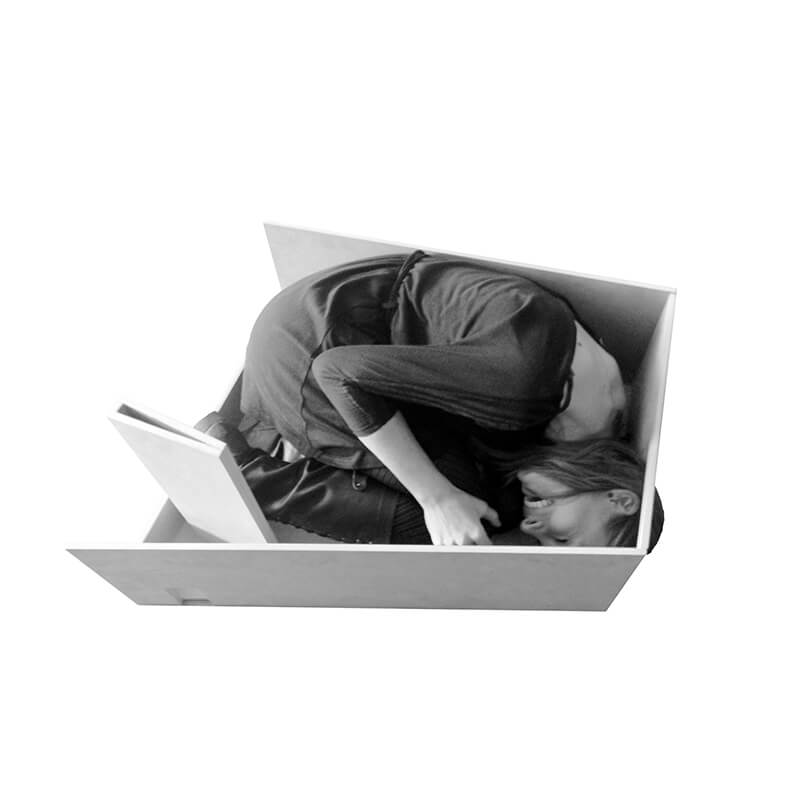 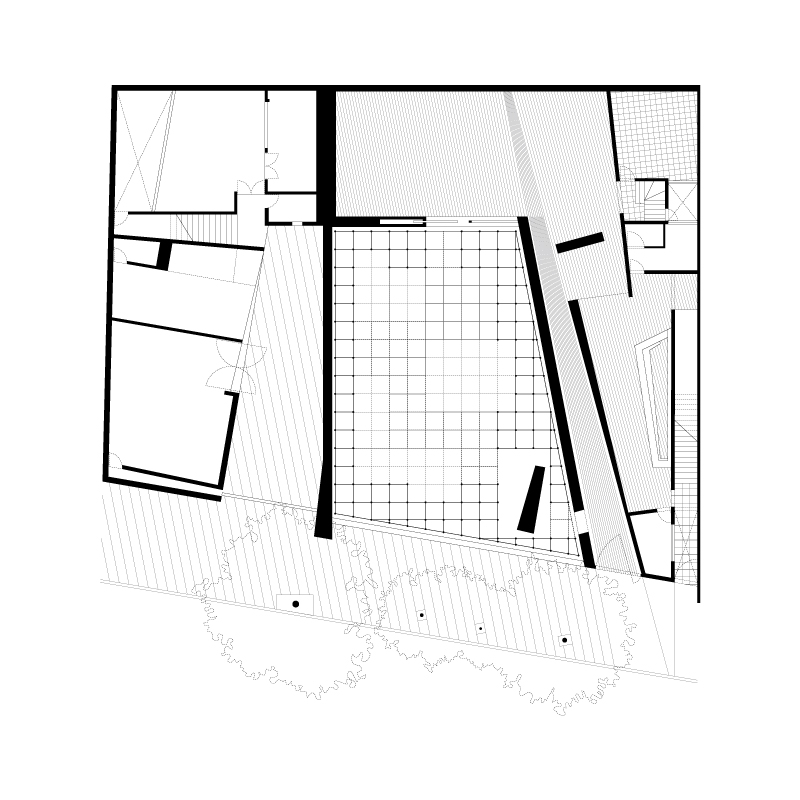 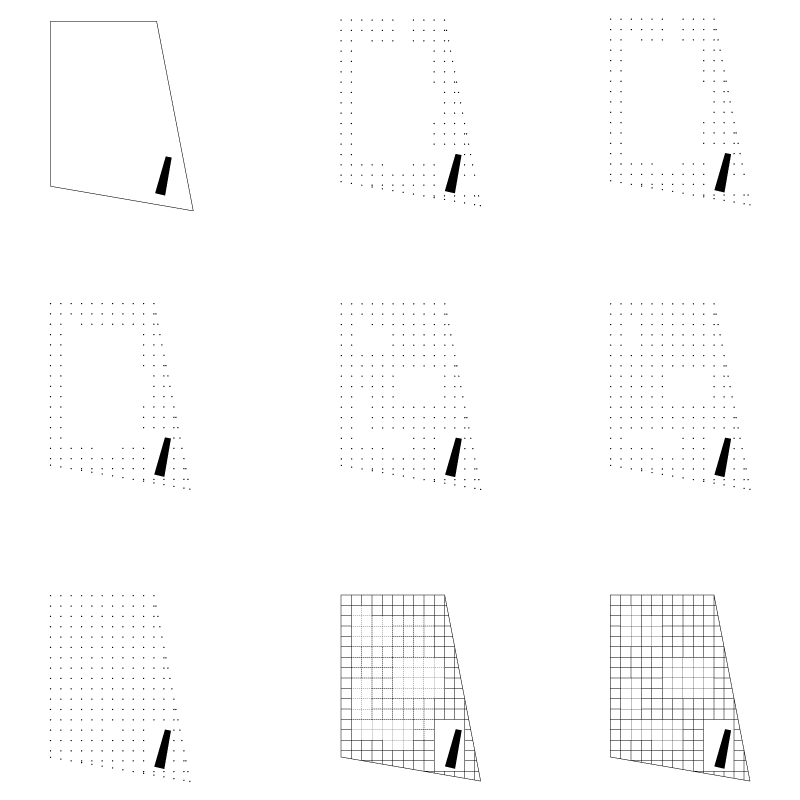 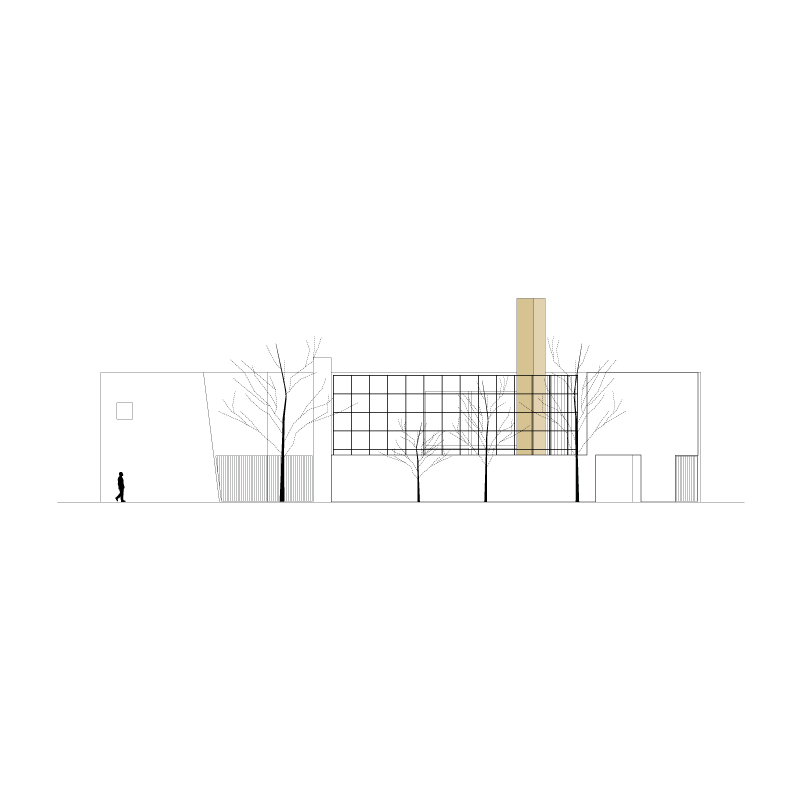 The courtyard of this museum, one of Mathias Goeritz’s greatest works, is an iconic space in Mexico City. Its emptiness helps it to stand out against the density of the urban fabric, and the significance of the walls and those who created them contextualize it in the city’s history.

Revealing this void was the decisive strategy of the intervention, which found its form by generating a structure that makes it possible to materialize the volume it occupies, marking out and drawing attention to its powerful and unique geometry. The intervention floats in the interior, separated from the perimeter in a way that always honors the original work.

The first step was the process of filling the void with a three-dimensional grid—a system of 1 m3 modules in metal rebar—followed by an excavation of the resulting construction, removing modules to make it a livable space. The binding system employed hand-worked wire ties, a trade-specific working method that reveals the laborers’ skill.

The resulting construction is an exercise that encourages users to reflect on the relationship between addition and subtraction, and between solid and void.